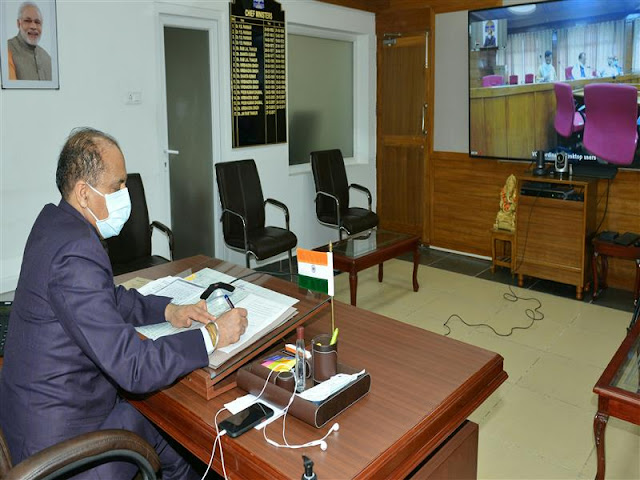 The State Government has accorded the status of the second language to Sanskrit as it is a language that is rich in vocabulary, literature, thoughts and ideas, meanings, and values. This was stated by the Chief Minister Jai Ram Thakur while presiding over the first meeting of Himachal Pradesh Sanskrit Academy through video conferencing,  today.

Steps will be taken to popularize Sanskrit among the masses: CM
Jai Ram Thakur Ji said that knowledge of Sanskrit is highly respected by the academic community. He said that Sanskrit literature offers an expansive view of human nature and its role in creation. In this era of unprecedented change and uncertainty, it can be a valuable tool to assess and look afresh at society, he added.
Chief Minister said that Sanskrit language was also known as ‘Devwani’ and the steps taken by the State Government in popularizing this language has been appreciated at various levels. He said that even Prime Minister Narendra Modi has lauded the decision of the State Government to give status of second language to Sanskrit. He said that efforts would be made to make Sanskrit more simple and practical so as to popularize it amongst the masses.