20,000 hectares land would be brought under the natural farming by the end of this year:CM 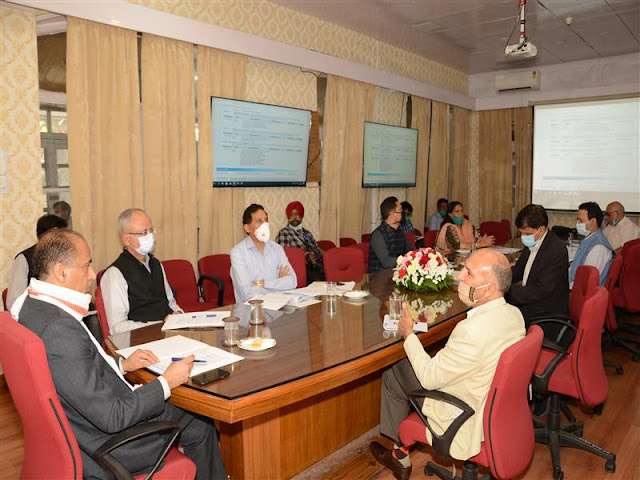 The State Government is planning to cultivate first plantation of  Heeng and saffron  in high altitude areas of Kinnaur, Lahaul-Spiti and Chamba districts under the Krishi Se Sampannta Yojana to boost economy of the farmers of these areas. This was stated by Chief Minister Jai Ram Thakur Ji  while presiding over review meeting of Budget Assurances for 2020-21  today.

Chief Minister said that efforts were also being made to cover about one lakh farmers of the State for adopting natural farming in the State under the Prakritik Kheti Khushal Kissan Yojna. He said that as many as 20,000 hectares land would be brought under the natural farming by the end of this year. He said that this would not only boost the economy of the farmers by fetching them better prices of their produces but also provide the people fertilizer free products.  He said that the State Government has also enhanced the honorarium of part time workers engaged in revenue department from existing Rs. 3500 to Rs. 3800 per month. Similarly the honorarium of Numberdars has been increased from Rs. 1500 to Rs. 2000, he added.

Jai Ram Thakur said that the State Government was also trying to register atleast five Geographical Indications (GIs) for Karsog Kulth, Thangi of  Pangi, metal craft of Chamba, Chukh of Chamba and Rajmah of Bharmour. He said that this would not only provide better market to these products but also strengthen the economy of the people of the areas. He said that efforts would be made to provide benefits of various schemes through DBT to benefit the beneficiaries. He said that the Government was also endeavouring to use e-Cabinet Software to computerize the Cabinet meetings and make it paperless.

Chief Minister said that the Government was committed for welfare of freedom fighters and serving soldiers. He said that War Jagir assistance has also been enhanced from existing Rs. 5000 to Rs. 7000 per annum in the recognition of laudable efforts of the ex-servicemen for the Nation.

DPR sent to UG for approval of  Swadesh Darshan’ Programme to boost religious tourism in the state:

Jai Ram Thakur said that DPRs worth Rs. 100 crore have been sent to the Union Government for approval under the ‘Swadesh Darshan’ Programme. He said that under this programme Shivdham would be developed at Mandi besides development and beautification of Riwalsar, Baba Nahar Singh Temple at Bilaspur, Kaleshwar temple in Dadasiba, Awaha Devi Temple in Hamirpur district, Manikaran in Kullu district and Trilokpur temple in Sirmaur district. He said that in order to promote tourism activities, five new heliports would be constructed in different parts of the State. He said that heliport at Shimla would be completed by end of September this year.

various initiatives are being taken by the State govt. to boost the rural economy

Chief Minister said that in order to boost rural economy, steps would be taken to initiate work on more welfare schemes launched by the State Government. He said that new schemes launched by the Government such as Panchwati, Unnati etc. would go a long way in facilitating the people living in the rural areas. He said that the Government would also help the rural artisans to provide them better opportunities for marketing of their produces. 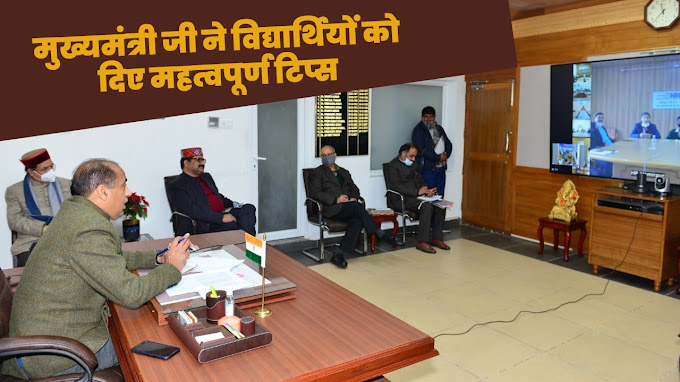