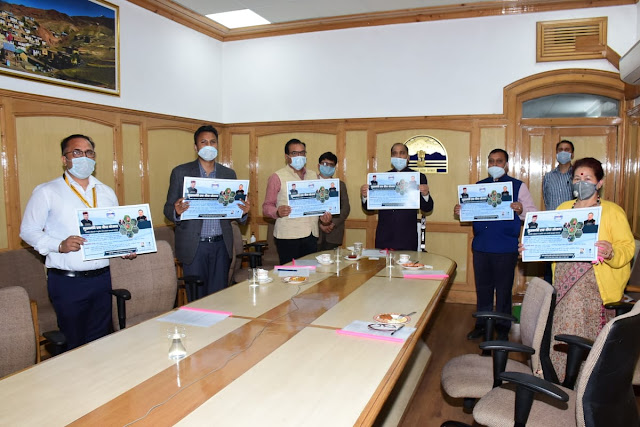 • 1.50 lakh womenfolk of 5,000 self-help groups to be involved in the scheme
• Eligible women entitled under the scheme to get a grant up to Rs. 40 thousand

A step towards strengthening the rural economy:

Chief Minister Jai Ram Thakur launched an innovative and ambitious scheme Mukhya Mantri 1 Bigha Scheme in the state through video conferencing from Shimla today. The scheme envisages strengthening of rural economy by linking Mahatma Gandhi National Rural Employment Guarantee Scheme (MGNREGS) under which a woman or her family who owns a land up to one bigha (or 0.4 hectare) can raise a backyard kitchen garden by growing vegetables and fruits.

1.50 lakh womenfolk to be involved through 5000 self groups:

Chief Minister said that this scheme would involve about 1.50 lakh womenfolk through 5,000 self-help groups. He said under the scheme each beneficiary woman will be entitled to get employment under MGNREGS, besides training to upscale her skill, grants meant to level the hill land, channelise water, set up a vermicompost pit and to purchase saplings and seeds.

initially, 5000 households would be covered under this scheme:

Jai Ram Thakur said that the corona pandemic has forced the planners to rethink about developmental schemes so as to revive the economy particularly in the rural areas. He said that with this objective the government has started ‘Mukhya Mantri 1 Bigha Scheme’ for revival of economic activity in rural areas
Chief Minister said that initially about five thousand household would be covered under this scheme. He said that the concerned panchayats would send the proposal received by it to BDO to include it in the MGNREGA shelf. He said that the main objective of scheme was to encourage villagers to adopt kitchen gardening by converging MGNREGA and Swachchh Bharat Mission. He said that the Self Help Groups would be motivated to derive benefits of this scheme. He said that all Self Help Groups who are job card holders could avail benefit of Rs. one lakh and about 1.50 lakh women members would be benefitted under this scheme.

Women self groups have played a vital role in Containment of COVID 19 and distribution of essentials:

Jai Ram Thakur Ji urged the women Self Help Groups to help the State Government in effectively fighting COVID-19 pandemic in the State. He said that the women should keep vigil on persons coming from other parts of the country to their native places so that he does not jump home quarantine. He also urged the women Self Help Groups to come forward in preparation and distribution of face masks to the needy.Chief Minister also launched poster of the scheme on the occasion.Women Self Help Groups from 80 Development Blocks of the State participated in the video conferencing.
Rural Development and Panchayati Raj Minister Virender Kanwar said that this scheme was bound to transform the rural economic of the State and also help in economic empowerment of the women at the grass root level.
Secretary Rural Development Dr. R.N. Batta detailed out the salient features of this scheme.
Director Rural Development Lalit Jain said that under this scheme the eligible women would be entitled to get a grant up to Rs 40 thousand and Rs. 10 thousand for a concrete vermi compost pit.