CM hails announcements made under Tranche V of Atamnirbhar Bharat 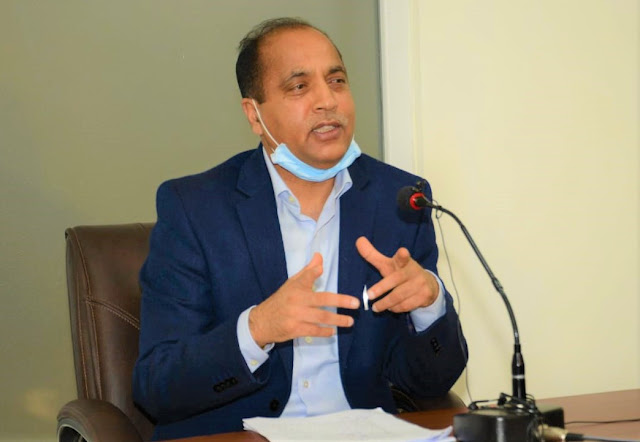 Chief Minister Jai Ram Thakur Ji has hailed the announcements made under the Tranche V under the Atamnirbhar Bharat Package by the Union Finance Minister Nirmala Sitharaman today.
While welcoming the decision of increasing the budgetary allocation under MGNREGA for the year 2020-21 by Rs. 40,000 crore from the existing provisions of Rs. 61,000 Crore. He said that this would go a long way in providing more assured employment to the people besides strengthening rural economy.

Steps taken to upgrade the Health infrastructure are welcoming:

Announcements made under Pradhan  Mantri e-Vidhya Programme will bring new changes in the education system:

Chief Minister has also hailed the announcement of the Union Government regarding Pradhan Mantri e-Vidhya Programme for digital education with multiple modes to encourage e-learning in the country. He said that the One Nation One Digital Platform would be established and e-learning would be facilitated through dedicated TV channels. He said that this would facilitate the students in studying from their homes and their studies would not suffer due to any future lockdown. He said that special e-platform would help the visual and hearing impaired children.

New policy for public sector enterprises will help in revival of sick PSUs:

Jai Ram Thakur Ji said that announcement of exempting SMSEs from being categorized as defaulter loans would ensure no insolvency proceedings against the MSMEs for the next one year. He said that proposal of bringing a new policy for the Public Sector Enterprises where all the sectors would be opened to the private sector. He said that this would help in revival of sick PSUs of the State.

Increase in borrowing limtits from 3 % to 5% will also provide relief to states:

Chief Minister also welcomed the decision of the Union Government for enhancing borrowings limit of the States from the existing 3 percent to 5 percent of the GSDP. He said that the limit from 3 to 3.5 percent will have no conditionality, however, the next one percent of the borrowings (3.5 percent to 4.5 percent) would be available in four tranches of 0.25 percent each and each tranche would be tied to four reforms related to One Nation One Ration, Ease of doing Business, Power DISCOMS and ULBs. He said that this would help the State in creating its own resources.