1.50 lakh additional families of the state to be covered under Food Security Act:CM 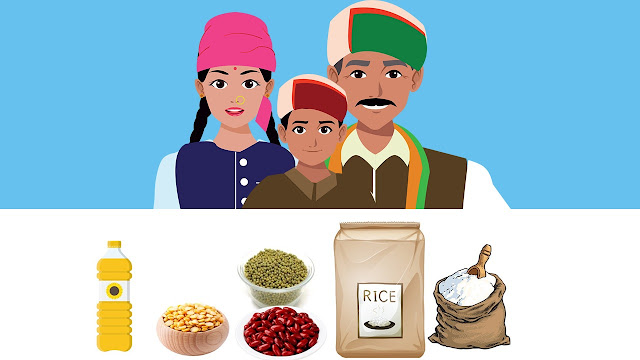 1,50,000 additional families of the state will get the benefits:

The Chief Minister said that an important decision has been taken by the State Government for identification of the 'Priority Household', the revised income limit would be Rs. 45000, which would cover 1,50,000 additional families of the state under Food Security Act and they would be provided with food items at subsidized rates.

Eligble families can avail wheat flour at Rs 3.30 and rice at Rs. 2 per kilogram:

He said that 6,78,338 families of the state are covered under the National Food Security Act with a total population of 27,84,717 whereas the target of National Food Security Act for the state is 36,81,586.The Chief Minister said that as a result of this decision, now these families can avail wheat flour at Rs 3.30 and rice at Rs. 2 per kilogram. He said that on this, there would be an additional expenditure of Rs 10 crore per year.
He said that it has also been decided by the state government that now consumers would be able to purchase any three pulses per month among Dal Urad, Dal Chana, Dal Malka and Moong at subsidized rates.

Jai Ram Thakur Ji said that in order to provide essential food items at fair price to the people, the State Government allocated Rs. 225 crore under the State Subsidy Scheme for current financial year.
The Chief Minister said that today the whole world is struggling with the corona pandemic and economic activities have been affected badly. He said that the most affected by this are the weaker sections of society. He said that in view of this, several decisions have been taken in the state cabinet meeting held recently to provide fair price ration to the weaker sections of the society through fair price shops.

Weaker Section of the society needed to be looked after amid this pandemic:

He said that on recommendations of the Cabinet Sub-Committee constituted for 'Post COVID-19' economic revival, the cabinet decided to exclude about 1,50,000 income tax payers of the state for one year from receiving the benefit of subsidy under the target public distribution scheme. He said that the objective of this decision is to benefit the weaker sections of the society as much as possible. He said that as soon as economic activities would come on track, the government could reconsider this decision after one year.

The Chief Minister hoped that the privileged section of the society would support these decisions taken by the government in this period of the corona pandemic, so that maximum number of poor people could be provided food at reasonable prices. He said that the decision of the state government would save about Rs 60-70 crore, which would further be used to tackle the COVID pandemic and uplift the weaker sections of the society.

DCs to maintain proper coordination with representatives of PRIs and ULBs: CM 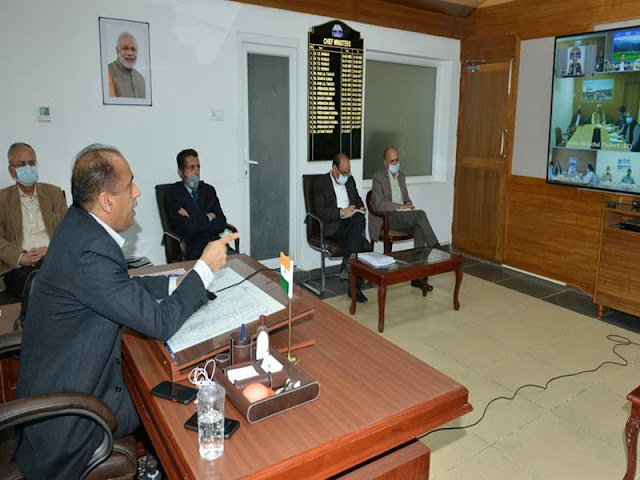 Deputy Commissioners must maintain proper coordination with elected representatives of Panchayati Raj Institutions and Urban Local Bodies by providing them advance information to them regarding arrival of people from other parts of the State coming back to their native places in their jurisdiction. This was disclosed by Chief Minister Jai Ram Thakur while holding a video conferencing from Shimla with the Deputy Commissioners, Superintendents of Police and Chief Medical Officers of the State in the wake of coronavirus.

Nigah Team and ASHA workers need to be proactive about ensuring isolation and Social distancing:

Chief Minister said that the ‘Nigah’ team alongwith ASHA workers and other health workers must reach out to such families in advance and sensitize them to ensure proper isolation and social distancing of the arriving persons. He said that they must also ensure that the house have adequate accommodation for maintaining social distancing besides having separate washroom for the arriving persons under home quarantine. He said that if such facility was not available, panchayats should come forward to provide arrangements for their stay by adopting proper quarantine protocol.

People returning from red zone must be kept in institutional quarantine:CM

Single violation of home quarantine can be damaging: CM

PWD workers, Jal Shakti, Rural Development Departments and MNREGA must be allowed to work even beyond relaxation in curfew hours:CM

Jai Ram ThakurJi said that since developmental works have now gradually started in the State, therefore, it must be ensured that workers of PWD, Jal Shakti, Rural Development Departments and MNREGA must be allowed to work even beyond relaxation in curfew hours so that adequate time could be given for time-bound completion of various developmental works. He said that similarly bankers are also required to work for full office hours especially after the Rs. 20 lakh crore economic package announced by the Prime Minister Narendra Modi. Therefore, they should also be allowed free movement during the curfew hours, he added.