Union Government sanctions one battalion of NDRF for Himachal Pradesh 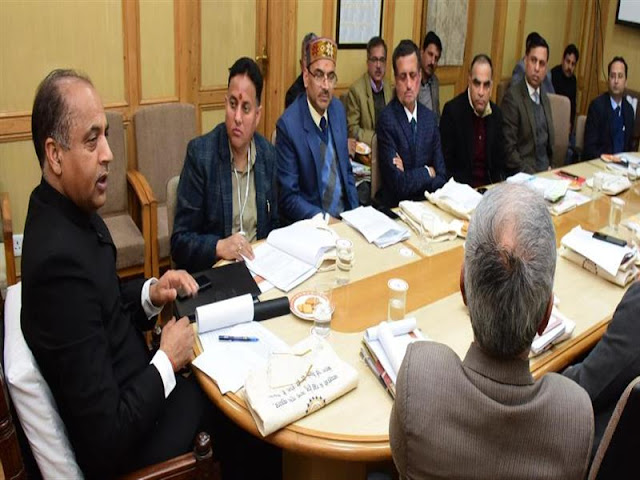 The Union Government has allocated Rs. 454 crore for next financial year for State Disaster Relief Fund which was 158 percent higher than the last year’s allocation. This was stated by Chief Minister Jai Ram Thakur while presiding over the 6th meeting of HP State Disaster Management Authority here today.

SDMA Authority is focusing on readiness mitigation and preventive measures:

Jai Ram Thakur said that the State Disaster Management Authority (SDMA) has been focusing on strengthening of preparedness, mitigation and preventive measures from institutional to individual level. He said that the Authority has come up with a Disaster Risk Reduction Preparedness Project with the external bilateral assistance of Rs 800 crore to reduce risk and vulnerability of the State to various hazards. He said that the project has been developed under a multi sector framework with an aim to reduce risk and enhance resilience in the state.

objective is to reduce the vulnerability of the state from various natural hazards: CM
Chief Minister said that the main objective of this project is to reduce vulnerability of the state from various natural hazards such as earthquake, landslides, flash floods and climate induced etc. He said that the project also envisages reducing loss of human lives and properties besides reducing overall disaster risks. He said that project was also being supported by the Niti Aayog.
Jai Ram Thakur said that the National Disaster Management Authority has also conceptualized a project National Seismic Risk Mitigation Programme for eight states viz. Assam, Bihar, Himachal Pradesh, Manipur, Meghalaya, Tripura, Uttrakhand and UT Jammu & Kashmir. This project aims at developing early warning dissemination system in case of earthquake besides enhancing emergency response capacity.

COVID-19 virus notified disaster for the purpose of providing assistance:
Chief Minister said that the state government has received adequate funds under the National Disaster Response Fund. He that that the state received Rs. 312.76 crore during the year 2018, Rs. 64.49 crore  in winter season 2019 and Rs. 283.97 crore in 2019 as compared to Rs. 81.22 crore, Rs. 63.23 crore and Rs. 84.13 crore funds received during the year 2015, 2016 and 2017 respectively.
Jai Ram Thakur said that the Government of India had decided to treat COVID-19 Virus Outbreak as notified disaster for the purpose of providing assistance under State Disaster Response Fund. He said that the state government has decided to immediately release Rs. five crore in first instance from the State Disaster Response Fund to Health Department to take necessary measures to fight this virus epidemic.