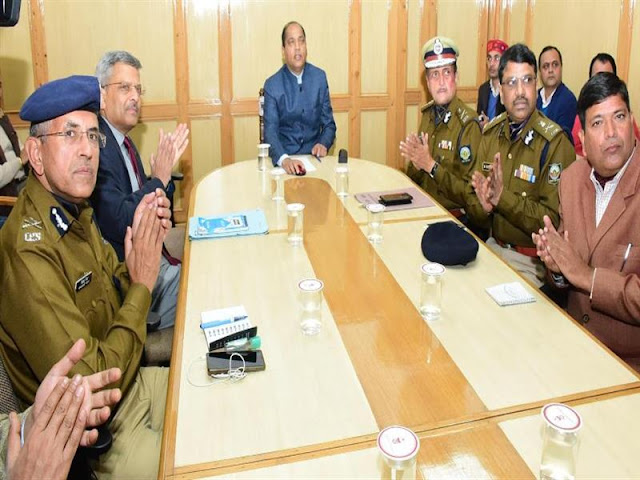 Jai Ram Thakur Ji launched two systems for Himachal Pradesh Police viz. Police Station Visitor Survey System and e-Night Beat Checking System, here today.
Speaking on the occasion, Chief Minister said both these systems would go a long way in improving the functioning of the Police Department as police personnel would be able to get proper feedback regarding their working and take necessary steps for improving their functioning. He said that Police Station Visitor Survey System will be linked with http://bit.ly/HPPolice. He said that this system would be used for the surveillance of visitors visiting the Police Stations, Police Posts and all other police units and would help in creating a database of visitors. He said that all the visitors/complainants visiting the Police Stations, Police Posts or traffic units would be requested to fill the survey link. The link would be shared by the police with the public through social and print media, Jan Manch meetings, Nasha Nivaran Samiti meetings, Community Policing Meetings, etc, he added. 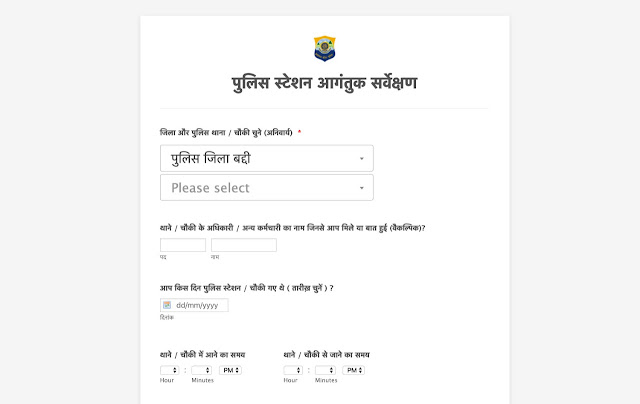 Chief Minister said that a mechanism has also been included to trace the identity of persons filling fake feedback. All the SPs of the district, Range Headquarters and Police Headquarters would monitor the feedback being given by the public. He said that the feedback received would help the police in improving working of the Police and deliver better services to the citizens of Himachal Pradesh.

Jai Ram Thakur also launched Night Beat Checking system for the Police Department which would be linked with http://bit.ly/eNight. He said that e-Night Checking system would be a password protected online website link which would be available with all the policemen on duty. He said that this would help the State Police to keep a track of the suspected vehicles and criminals who move in the night.Chief Minister said that system would help the Police to maintain a database of all such suspects and this data will further help the police in its criminal investigation and corroborating with the footages of the CCTVs installed by the Police Department in the state. He said that the system would also have a provision in which Police will also be able to capture the photo of the suspects, photo of the identity cards/vehicle documents and upload in the database online. He said that the main feature of the System was that it would automatically capture the date, time and GPS Location of the policeman on beat patrolling/night checking duty and thus would help in ensuring increased presence of police on the roads for better safety of the citizens.

Director General of Police S.R. Mardi, while welcoming the Chief Minister and other officers, said that the Systems were developed by SP Baddi Rohit Malpani. He said that both these systems would help the Police Department in doing self-evaluation and improve working of Police.