Holistic Development of the state is the only agenda and results are for all to see:CM 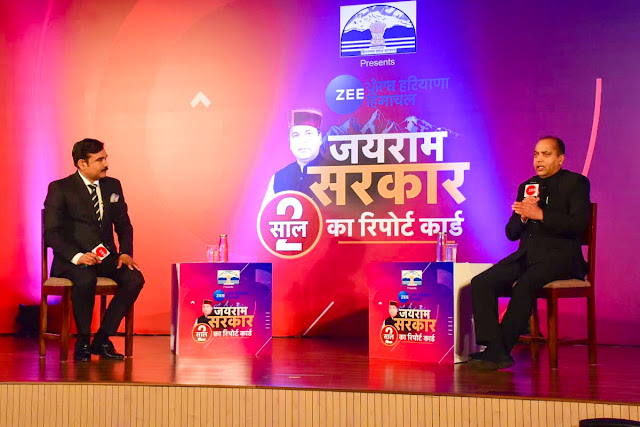 The State Government is committed for balanced and all around development of the State and from the very first day State Government was working in this direction without any politics of vengeance and vendetta. This was stated by the Chief Minister Jai Ram Thakur while participated in the interactive programme of an Electronic News Channel at Panchkula in Haryana today.

Construction of Ram Mandir was long due and finally, it's taking a shape now:

The Chief Minister said that Prime Minister Narendra Modi has announced constituting of ‘Sri Ram Janambhumi Tirtha Kshetra Trust’ for construction of magnificent temple of Lord Rama at Ayodhya. He said that this would help in fulfilling the religious sentiments of crores of people of the country and abroad.He said that this decision was in accordance with the verdict of the Hon’ble Supreme Court which had paved the way for construction of glorious temple.

Our vision is different and results are for all to see: 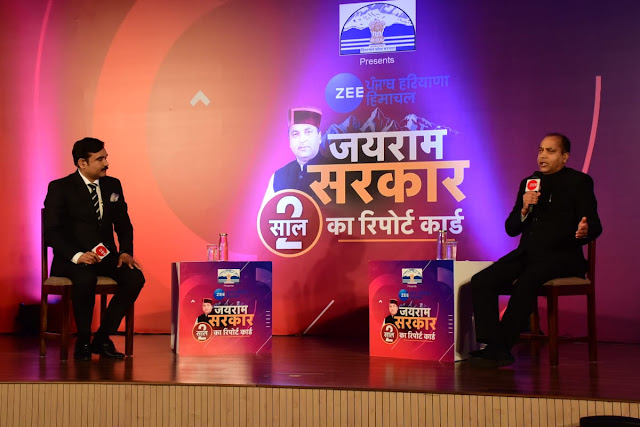 While replying to a question regarding new initiatives taken by the State Government, Jai Ram Thakur said that new schemes such as Jan Manch, Mukhya Mantri Seva Sankalp Helpline, Himachal Grihini Suvidha Yojana, Himcare and Sahara have yielded good results and Himachal Pradesh has emerged as the second best State in the country in overall performance due to effective implementation of welfare schemes. The State has achieved first place in the 'State of the States' Award in the fields of education and health, he added.Jai Ram Thakur said that the Jan Manch, which was started with an objective of establishing direct dialogue with the people of State, has yielded good results. He said that as many as 181 Jan Manch programs have been organized in different parts of the State. He said that more than 90 percent of these complaints were redressed on the spot and the remaining complaints were forwarded immediately to the concerned departments for further action. He said that apart from this, Mukhya Mantri Seva Sankalp Helpline-1100 has been started to bring the government closer to the public and to solve most of the problems of the citizens at their doorstep.


State government and organizations are working in tandem: 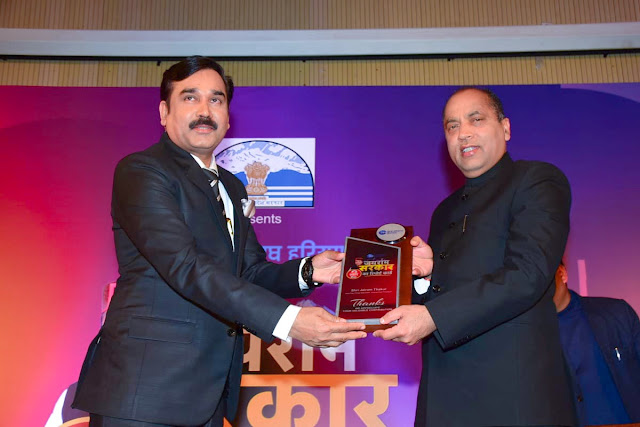 Jai Ram Thakur said that Global Investor's Meet was organized on November 7-8, last year at Dharamshala for the first time, making this small State a platform for entrepreneurs and investors from all over the world which was inaugurated by Prime Minister Narendra Modi. He said that over 200 foreign delegates from 36 countries participated in this meet. He said that the result of these efforts MoUs for investment proposals worth Rs. 96,720.88 crore have been signed so far. He said that Ground breaking ceremony of projects having investment of worth Rs. 13,656 crore was held on 27 December, 2019. This would open new employment opportunities for the youth of State.

Himcare a boon for deprived:

He said that Himcare scheme has been started for all the families not covered under Ayushman Bharat Yojana in the State under which free medical treatment facility of Rs. 5 lakh was being provided for five members per family. He said that as many as 5.50 lakh families have been registered within a year under the scheme and more than 58 thousand patients have been treated so far now, on which the government has spent an amount of Rs. 54.75 crore.

PM Narendra Modi Ji is very considerate towards the developmental needs of the state :

Jai Ram Thakur said that the people of Himachal Pradesh were fortunate to have benevolence of Prime Minister Narendra Modi who has been considerate towards developmental need of the State. He said that developmental projects worth crores of Rupees have been sanctioned for the State. He said that efforts were on to provide better connectivity in the State. He said that apart from strengthening road network, efforts were on to construct International Airport in Mandi district. All the three existing airports were being expanded to facilitate the commuters.The Chief Minister said that special initiatives have been taken to promote tourism in the State and a tourism policy has been formulated under which an action plan has been made to attract tourists throughout the year. He said that under the Nai Raahein-Nai Manzilein scheme, the Chanshal Valley was being developed for skiing, Janjehli for eco-tourism, Bir-Billing for paragliding and Larji and Pong Dam for water sports

joint strategy made with neighbouring states to control drug menace:

CAA is for religiously persecuted minorities in Neighbouring countries:

Chief Minister said that it was due to the strong leadership at Centre that the historic decision regarding the CAA was taken. He said that the Congress and other opposition leaders were trying to politicise the whole issue misled the people by spreading false canard. He said that the Act has nothing against the minority communities already living in India as they were already citizens of this great nation. He said that Act is only for the migrants from Hindu, Sikh, Buddhist, Jain, Parsi or Christian communities from Afghanistan, Pakistan or Bangladesh who has fled these countries due to atrocities there. He said that the Act seeks to grant immunity to the migrant of the aforesaid Hindu, Sikh, Buddhist, Jain, Parsi and Christian communities so that any proceeding against them regarding their status of migration or citizenship does not bar them from applying for Indian citizenship. He said that today the country was safe and secure under the able and dynamic leadership of Prime Minister Narendra Modi and was poised to emerge as the world power in the comity of the Nations.