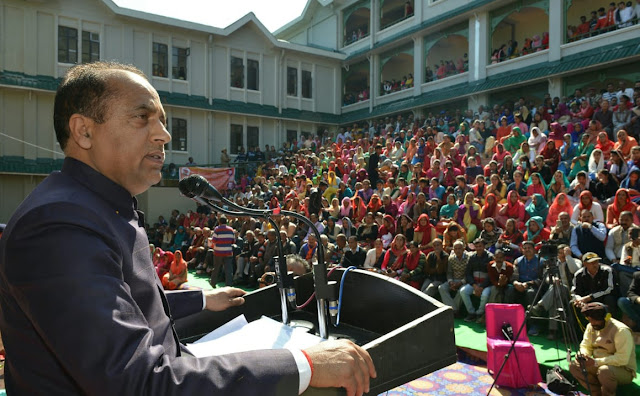 A new Education Block would be opened at Khundian in Kangra district to facilitate the people and students of the area.
This was stated by Chief Minister Jai Ram Thakur while addressing a massive public meeting at Khundian in Jwalamukhi Assembly Constituency in Kangra district today after dedicating the new building of Government Degree College, Khundian, built with an amount of Rs. 10.33 crore.


Govt. College Khundian will help students to get quality education:

Holistic development is the only agenda: 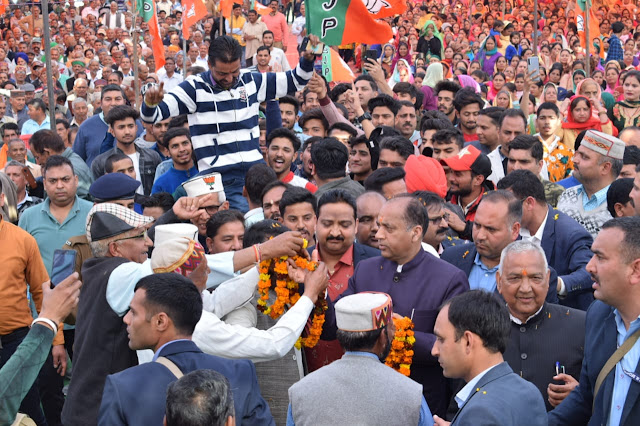 Jai Ram Thakur said that the state was giving special thrust on the development of those areas which had remained neglected even after over seventy years of independence. He said that today the country was safe and secure in the hands of Prime Minister Narendra Modi. He said that whole world has today recognised the might of India and the country was poised to become world power. He said that people of the state were standing rock solid behind the Prime Minister as they have given a huge mandate to the BJP candidates in the Lok Sabha elections as they won all seats of the state with a record margin.

Historic decisions made by the central govt. under strong leadership of Modi Ji: 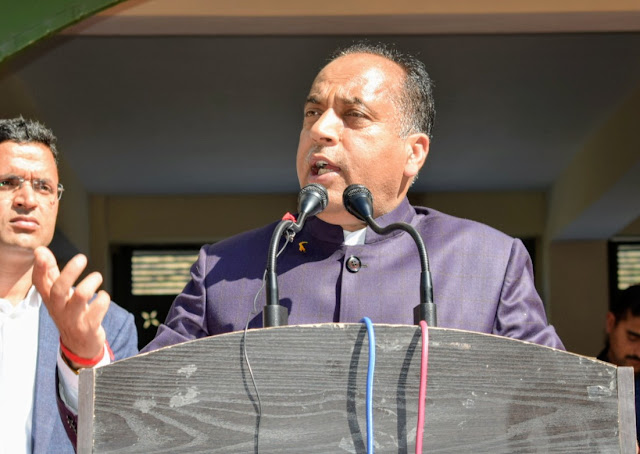 Chief Minister said that the Congress leaders in the state were making baseless allegations against the state government as they have nothing to say against the government. He said that India has made unprecedented progress and witnessed historic decisions during the last about six years. He said that abrogation of Article 370, and abolishing triple Talaq were historic decisions which paved the way for ‘One Nation, One Constitution’.

Jai Ram Thakur said that the Union Government had launched Ayushman Bharat Yojna for people of the Country, for providing insurance health cover of Rs 5 lakh. He said that as many as 50 crore people had been covered under this scheme, which was ensuring that the poor patients were not deprived of specialised health care facilities due to want of money. He said that as many as 22 lakh people of the state have been covered under the scheme, but still many families could not be covered. He said that for covering these left out people, the state government launched ‘HimCare Scheme’. He said that about 60,000 people have been benefitted under this scheme by spending Rs 62 crore. He said that ‘Sahara Yojna’ has been launched for providing relief to the families having a member suffering from serious illness, under which Rs. 2000 were being provided per month for the better care of the patients.\

Chief Minister said that as many as 2.75 lakh free gas connections have been provided in the state under the Grihini Suvidha Yojna to cover all the families which were not covered under Ujjawala Yojna of Central Government. He said that the state government has succeeded in making Himachal Pradesh a smoke free state of the country. He said that the welfare oriented schemes of BJP
government have baffled the Congress leaders and they are making much hue and cry
unnecessarily. 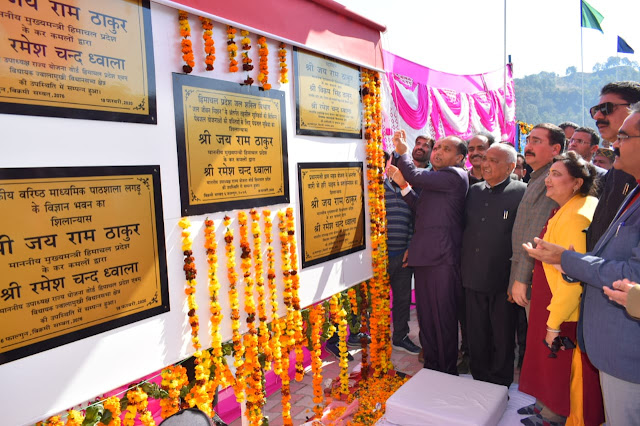 Earlier,  the Chief Minister performed foundation stone laying ceremony of water facility to partially covered habitations of various LWSS in tehsil Khundian under Jal Jeevan Mission to be constructed at a cost of Rs. 29.89 crore. He also laid foundation stone of Science Block of Government Senior Secondary School Lagru to be completed by spending an amount of Rs. 1.39 crore and improvement of Bari to Hari road being constructed under PMGSY by spending Rs. 6.17 crore.
Jai Ram Thakur also inaugurated ITI building Khundian constructed at a cost of Rs. 5.37 crore.
Chief Minister announced upgradation of CHC Khundian to 50 bedded Civil Hospital, construction of Mukhyamantri Lok Bhawan at Khundian, bus service from Khundian to Tanda and Mudrika bus for Degree College Khundian.