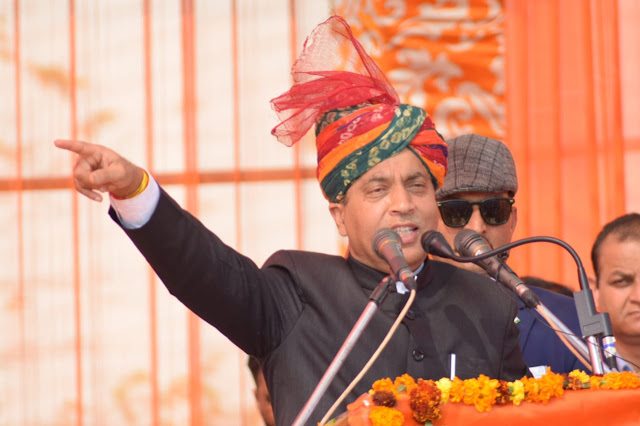 Dedicated developmental worth 65 Crores to the people Indora: 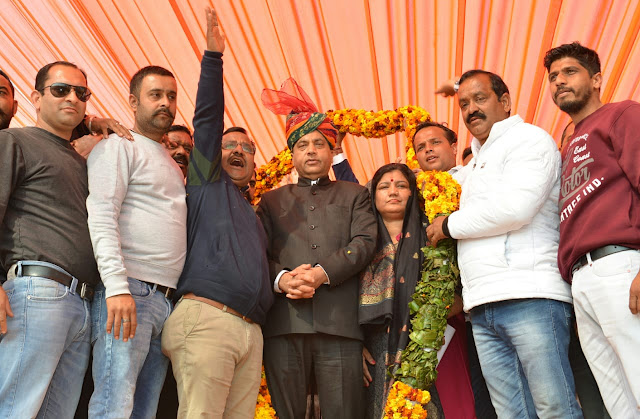 Chief Minister said that today he had provided sops of developmental projects worth Rs. 65 crore to the people in Indora assembly constituency alone. He said that foundation stones and dedication of developmental projects of Rs 50 crore each had been done in Baijnath and Kangra Vidhan Sabha area earlier. He said that this was a befitting reply to those who were unnecessarily making baseless allegations to mislead the people but the people of the State were wise enough to judge that who were the real benefactors of them.

investor meet a success and is bringing investment in the state: 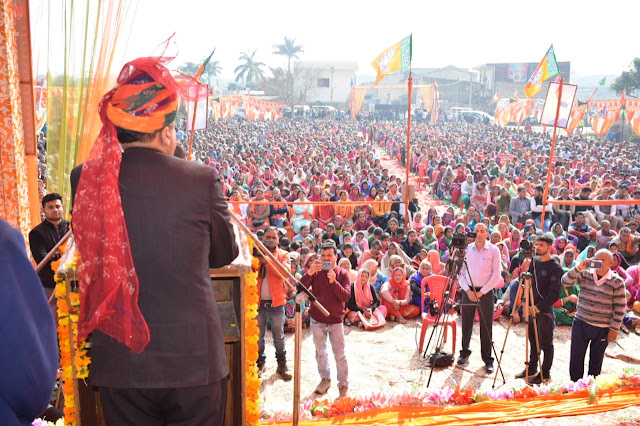 We have started many welfare schemes and the result are for all to see:

While paying rich tributes to the Pulwama victims, Chief Minister said that the strong leadership of Prime Minister Narendra Modi gave a befitting reply to the nefarious designs of Pakistan by destroying the terrorists training camps in Pakistan by Surgical strikes. He said that abrogation of Article 370 from Jammu Kashmir was possible due to strong leadership of Narendra Modi. 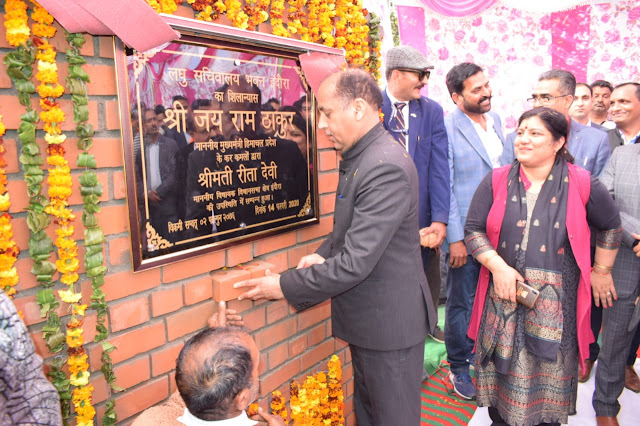 Jai Ram Thakur Ji laid the foundation stone at Plahghat of Jassur-Gangath-Indora road to be constructed at a cost of Rs. 4.52 crore. This 20 kilometer road would benefit thousands of people of 15 villages of the area. He also laid foundation stone of Multi Villages Water Supply Scheme at Sarswati Vidya Mandir School, Indpur which would be completed by spending Rs. 34.82 crore and would provide drinking water facility to 80 villages of Indora area.
He also laid foundation stone of Mini Secretariat at Indora to be completed by spending Rs. 12.82 crore. He also laid foundation stone of 19 kilometer long Indorian to Mand Miani-Paral road to be completed by spending Rs. 12.63 crore.
Chief Minister laid foundation stone of upgradation of Gausadan at Bain Attarian at a cost of Rs. 70 lakh. He also visited the Badrivishal Temple at Bain Attarian and performed Puja there.
Jai Ram Thakur was accorded rousing welcome en route from Nurpur to Indora with hundreds of people standing alongside the road showering floral petals on their beloved leader.
Local MLA Reeta Dhiman thanked the Chief Minister for accelerating the pace of development in her assembly segment by sanctioning various projects worth crores of rupees in the area.
BJP Mandal President Balwan welcomed the Chief Minister and other dignitaries present on the occasion.