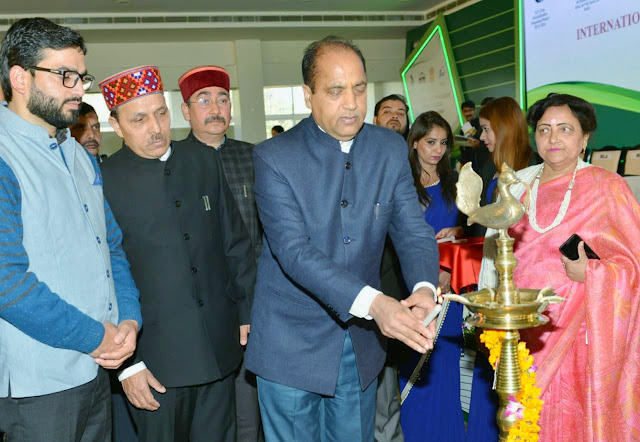 Chief Minister Jai Ram Thakur Ji said that with an aim to double the income of the farmers of the state by the year 2022, the state government is focusing on the empowerment of farmer organizations and self-help groups, implementing agricultural diversification schemes and value addition etc. Chief Minister was addressing an international workshop on the subject of crop diversification on farmers' income and food security in Dharamshala today. This workshop was organized by the state agriculture department.

idea is to increase vegetable production through agricultural diversification:

Jai Ram Thakur Ji said that most of the farmers of the state are small and marginal. He said that the Agriculture Department has proposed a loan project to JICA in five districts for agricultural diversification. an agreement was reached for this in February 2011, with a total project cost of Rs 321 crore He said that the main goal of this project is to increase the production of vegetables through agricultural diversification, increase the income of marginal and small farmers, to establish infrastructure for irrigation, marketing, road access to farms and establishment of agricultural development institutions. The project is being implemented in collaboration with JICA'S Technical Cooperation Project (TCP). He said that farmers' income has increased due to the availability of irrigation facilities and an increase in the production of vegetables. 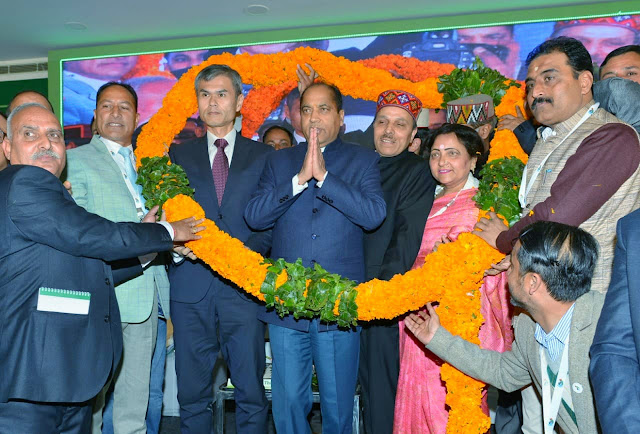 The Chief Minister said that the implementation of the Agricultural Diversification Scheme is in progress under this project and construction of collection centers, access to roads, solar pumping system, minor irrigation facilities, poly houses, earthworm fertilizer units at most places have been completed.and the remaining work will be completed soon.

59 Mandi's being Created for better prices:

He said that community participation is necessary for planning, execution and maintenance of the irrigation system for the success of this project. He said that agricultural development institutions are doing the work of fencing and water bills. He said that there is wide scope for non-seasonal vegetable production in the state. The state government has created 59 mandis, so that farmers can get better prices for their produce. There is a need to create more mandis to facilitate farmers access to the mandis and these will be linked to the national agricultural market.
He said that the state government has added poly house production to these projects so that qualitative plants can be provided to the farmers. Apart from this, useful machinery for hill areas like power feeders etc. is also being made available through agricultural development institutions.
The Chief Minister said that the second phase of Rs 1104 crore of JICA project has been submitted for funding, which will be implemented in all 12 districts of the state. He said that the state government has initiated a solar fencing project to protect crops from wild animals.

Jai Ram Thakur Ji released many souvenirs and publications on the occasion. 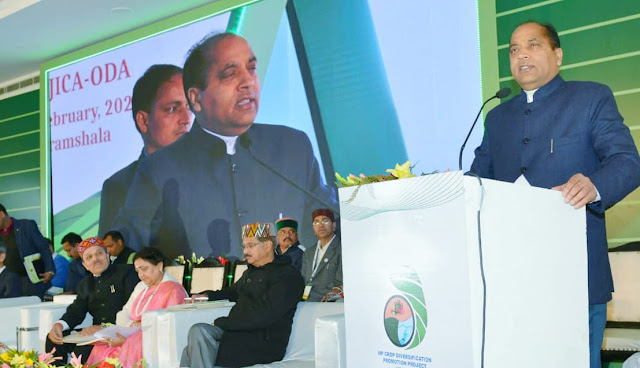 Agriculture Minister Dr. Ramlal Markanda said that during this workshop, in three technical sessions, climate-smart diversified farming for a high and sustainable production system, socio-economic empowerment of farmers through farmer organizations, self-help groups for joint asset management and production of crops and Significant discussions were held on the chain of coordination of their mandating. He said that the agriculture sector has played an important role in strengthening the economy of the state. The state government is trying to double the income of farmers by the year 2022, in which JiCA can play an important role.