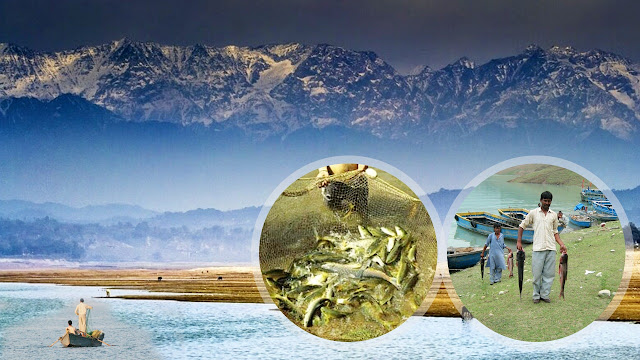 State Government is providing livelihood to almost 2800 fishermen in vicinity of Pong Dam reservoir in Shivalik Hills of Kangra district of the state. Himachal Pradesh has achieved the distinction of recording fish price of Rs. 266/-per kilogram in the year 2019-20, which is highest among large reservoirs of the country.
Pong reservoir with a catchment area of 12,561 Sq. Km and mean water spread of 15,662 hectare was created in 1975, by building the highest earth fill dam in India on Beas river in the wetland zone of Shivalik hills. This has emerged as leading fishing reservoirs in the Himalayan foothills of Himachal Pradesh.

Trial fishing was resorted by the Fisheries department soon after its filling in the year 1975. The total catch during the first year of fishing operation was 98 tonnes and increased progressively attaining a peak of 287.513 tonnes during 2018-19. The state government gave fishing rights to youths of displaced families through co-operative societies in the year 1975 to ensure dignified livelihood.
Rural Development and Panchayati Raj and Fisheries Minister Virender Kanwar said that presently, there are 15 fishermen cooperative societies and have provided membership to around 3902 fishermen and 2800 license holders fishermen are functioning in the reservoirs. There are 2800 active fishermen from oustees families engaged in lucrative fisheries at present. Besides direct employment to over 2800 fishermen, the fishing activities provide indirect job to over 1000 families engaged in helping fishermen, carrying, transportation, packing of fish, weaving and mending of gears, marketing etc. 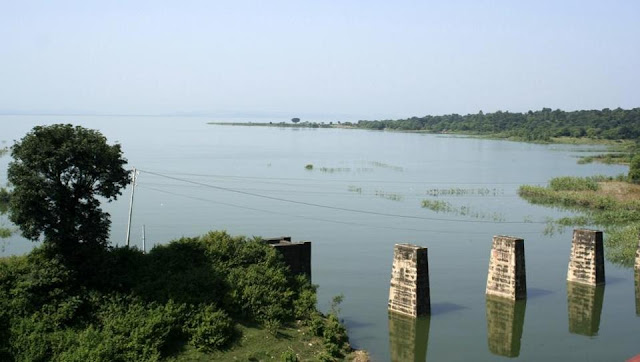 The Minister said that Pong Dam reservoirs with a water spread of around 24483 hectares has been adjudged as best managed reservoirs in terms of fish production and also in terms of fetching highest rates of the fish catches from amongst the large reservoirs in the country. The stocking programs in Pong reservoir were initiated during 1974–75 when the first consignment of 1.30 lakhs fry of mirror carp was released. Since then a regular stocking program has been undertaken. Stocking has been mainly confirmed to the seed of mirror carp and Indian major L. Rohita, C. Catla and C. Mrigala.
During initial years the catches were dominated by Rheophlyic species belonging to family Salmonidae, Cyprinidae, Cobitidae, and Sisoridae etc. However in new tremendous biogenic capacity of the reservoir and systemic seed stocking undertaken by the department over a number of years with Indian carps and mirror carps, the catch structure of reservoir was altered and carps started accounting as high as 50 to 60 percent of the catches. But, later during 1990s catfishes started predominating the catches. During 2004-05 per hectare yield of the reservoir was 27.4 Kg per hectare, with catfishes and carps accounting to 83 percent and 17 percent of the landings, respectively. Presently 34.48 percent carps and 65.52 percent catfishes are caught in the reservoir. 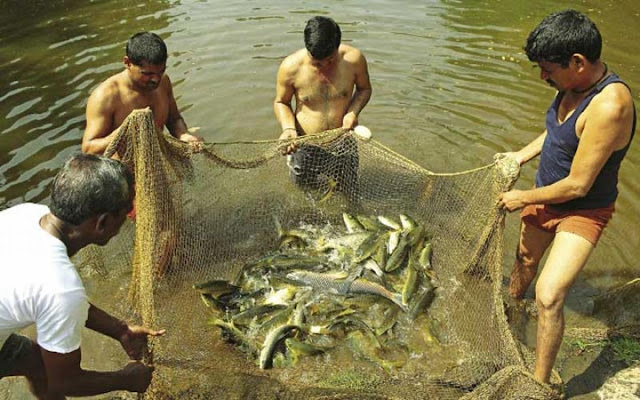 Virender Kanwar said that fishing activities in Koldam, Gobind Sagar, Chamera, Ranjit Sagar and Pong Dam  provide full time direct and indirect vocation to over 6000 fishermen families mainly uprooted due to completion of these river valley projects. To safeguard the interest of poor fishermen, Department of Fisheries is making whole hearted efforts to enhance fish production.
The rates are fixed in the beginning of every year either through open auction for summer, which is 1st April to 30th September and in winter from 1st October to 31st March. Department charges 15 percent royalty on the total sale proceeds of fish whereas cooperative societies after deducting 5-7 percent commission, makes the payment to the fishermen on weekly to 10 days, basis regularly. This way, fishermen get 78-80 percent of cost of their catch. To avoid conflict between the societies, regarding area of operation, reservoirs have been divided into beats demarcated on the basis of area and productivity of the water body.

The Minister said that Fisheries department initiated training course for operating gears in the deeper waters for fishermen. This however, inspired a large number of oustees of various communities to adopt fishing as a profession.
The fishermen in Pong are mostly full time fishermen. On an average every fisherman has one boat, costing approximately Rs. 60000. The fishermen normally use gill nets. The minimum allowable size for economically important species is fixed by the department.