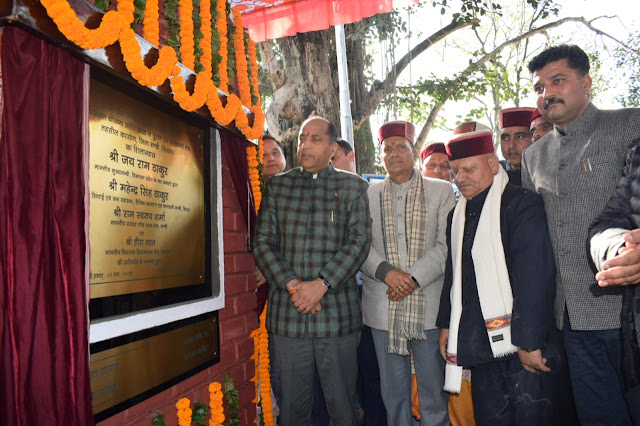 The Khichdi/ Largest Serving of beans and rice weighing 1995 kilogram net prepared by the Department of Tourism and Civil Aviation entered in the Guinness World Records today at Tattapani in Mandi district. The earlier record under this title was 918.8 kg. This was announced by Chief Minister Jai Ram Thakur Ji while addressing a largely attended gathering on the occasion of Tattapani Tourism Festival in Karsog area of Mandi district today on the auspicious occasion of Makar Sakranti.

Chief Minister appreciated the Department of Tourism for succeeding in their mission of cooking Khichdi of such volume. He said that the Department has broken a record set earlier with a huge margin of about 1000 kg.

Jai Ram Thakur Ji congratulated the people of the State on occasion of the Makar Sakranti and said that it was duty of all of us to preserve the rich cultural repository of the State. He said that due to construction of Koldam, the area has emerged as a major water sports destination of the State Chief Minister said that Tattapani would be developed from tourism point of view as the area has immense potential of water sports.Earlier, the Chief Minister visited famous Narsingh Temple and Shani Dev Temple and performed Puja there.

Tourism and Civil Aviation sate a world record by cooking 1995kg Khichdi in one single utensil: 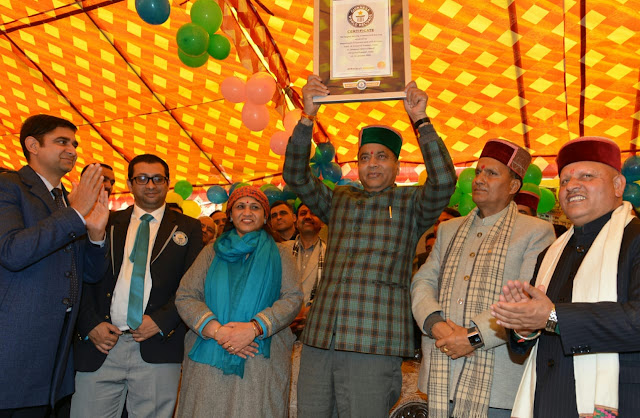 Chief Minister was accorded rousing welcome on his arrival at Tattapani where hundreds of people lined up on both sides of the road. President of Durga Devi Behari Lal Trust Ramesh Sood also welcomed the Chief Minister and other dignitaries present on the occasion.
Director Tourism and Aviation Yunus said that the utensil used for cooking the Khichdi was 7x4 feet in radius and this attempt was aimed at bringing Tattapani on world tourism map. Adjudicator of Guinness World Record announced that the Department of Tourism and Civil Aviation has set a World record by cooking 1995 kg Khichdi in a single utensil. 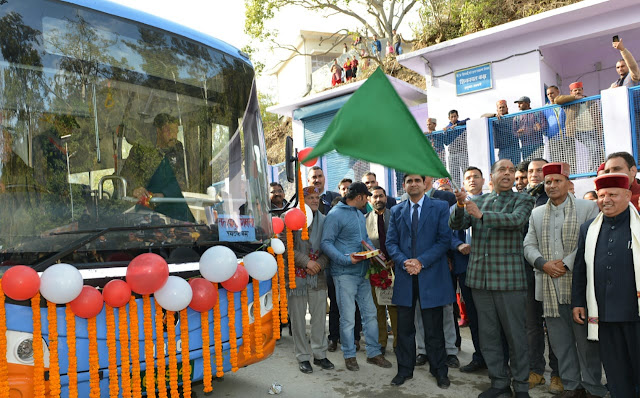 Chief Minister also inspected the Water Sports Activity Demonstration and flagged off Tourism Circuit Bus of HRTC. He also enjoyed the ride of water jetty on the occasion.Chief Minister also laid foundation stone of Lift Water Supply Scheme Saroor Khad to Churag in Tattapani area to be constructed at a cost of Rs. 25 crore which will benefit 174 habitations of the area. 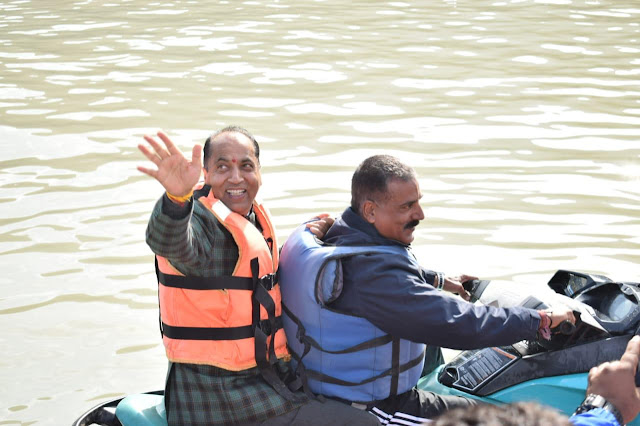