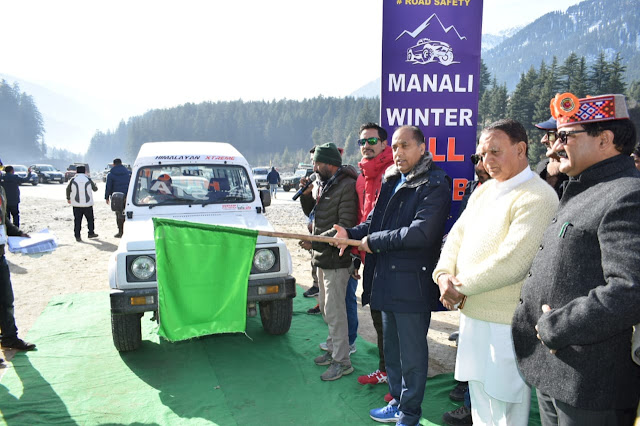 Winter carnival attracts lakhs of tourism every year:
Speaking at Manu Rangshala, the Chief Minister said that the State was known for its rich tradition and cultural diversity. He said that the Winter Carnival Manali every year attracted lakhs of tourists from all over the world. He said that this festival has been gaining popularity amongst foreign tourists as well day by day. He said that Manali has been the host for the grand Himachal Winter Carnival ever since the festival was initiated. He said that popularity of this tourist destination and ease of accessibility is what makes Manali a perfect venue for the carnival.

Jai Ram Thakur said that Rs. 163 crore Sewerage Scheme would provide sewerage facilities to Manali town and adjoining areas. He said that the State Government was committed to promote Manali town as the favourite tourist destination of the country as well as world. He said that efforts would be made to create adequate infrastructure in Manali town so that local and tourists could be facilitated immensely.

Chief Minister said that it was heartening to know that over 153 Mahila Mandals and other NGOs of the area participated in the procession based on different important issues such as cleanliness, drug abuse, Gau Sanrakshan, women empowerment, awareness regarding female foeticide and environment conservation etc. He said that the messages were not only vital but emphatically presented by the women for which he congratulated the participants. 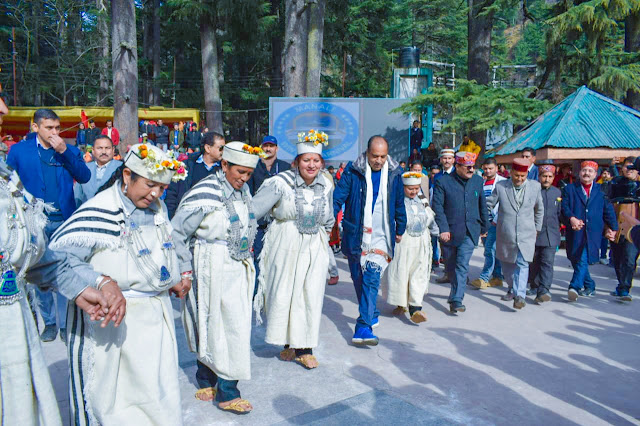 Abrogation of 370 and triple Talaq is a  historic step: 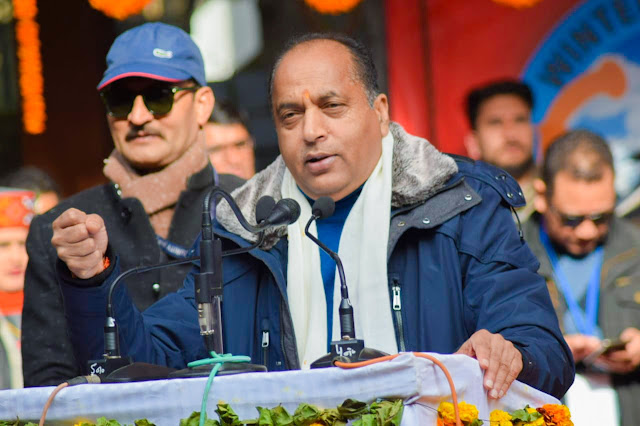 Jai Ram Thakur said that abrogation of Article 370 from Jammu and Kashmir, Triple Talaq and Citizen Amendment Act, 2019 were the biggest gift of the Prime Minister to the Nation and this was possible only due to the strong leadership provided by Narendra Modi. 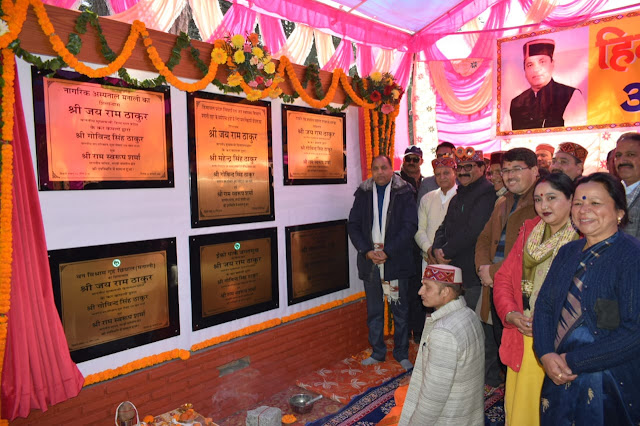 Earlier, the Chief Minister flagged off Manali Winter Hill Climb, a car rally on the occasion. He also planted a sapling of Deodar near Circuit House, Manali. He also released the souvenir brought out by the organising committee and also a poster on Road Safety. He also honoured 102 year woman Thelbaru Devi of Balsari village of the area.
Forest and Transport Minister Govind Thakur thanked the Chief Minister for dedicating developmental projects worth crores of rupees for Manali town. He said that Chief Minister was always considerate towards developmental demands and needs of the Kullu district which has ensured that the district forged ahead on path of progress and prosperity under his leadership. He also detailed various developmental demands of the area.