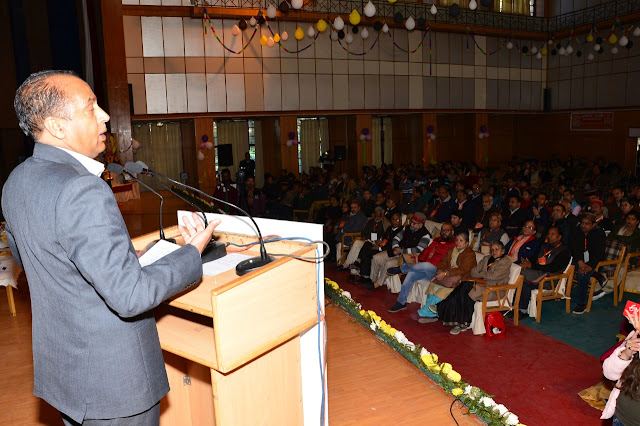 The State Government is committed to conserve the indigenous species of cows in the State as it is immensely beneficial for human health and also useful in natural farming. This was stated by the Chief Minister Jai Ram Thakur while addressing Inaugural session of national Seminar on ‘Gau Mata Ka Manav Swasthya Par Prabhav’ organised by Aarog Bharti, Himachal Pradesh and Kalyani Pahari Gau Vigyan Kendra, Ram Kamal Charitable and Religious Trust, Shimla in auditorium of Portmore School here today.

Soon after assuming office  Gau Sanrakshan Board was made: 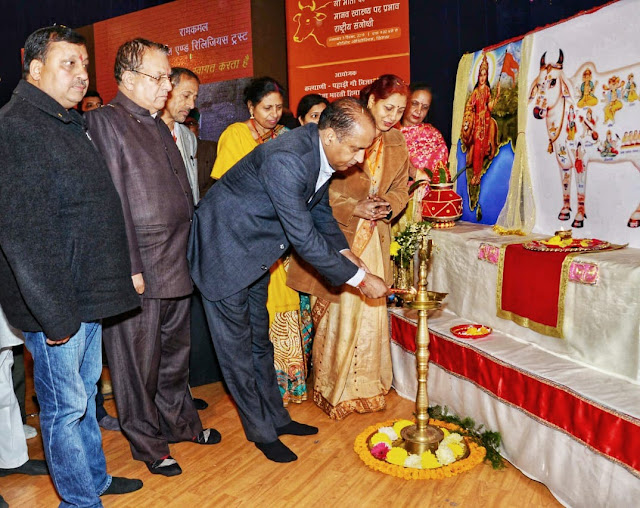 Jai Ram Thakur said that the among others the very first decision of the State Government soon after assuming office, was to constitute Gau Sanrakshan Board in the State and also to levy cess of Rs. 1 on sale per bottle of liquor, for the purpose of maintenance of Cow Sanctuaries and Gau Sadans in the State. He said that it would ensure that stray cattle get a shelter. He also urged people to not abandon their cattle.

indigenous Cows best suited for the geo Climatic Conditions of the State:

Chief Minister said that it was unfortunate that in a bid to get more milk, the scientists and farmers opted hybrid and imported species of cattle. He said that now the people have started realising the importance of indigenous cows not only from health point of view but also that they could easily be reared and suited for geo-climatic conditions of the state

Cow  Sanctuary to be made in Barog Sirmour Distt. 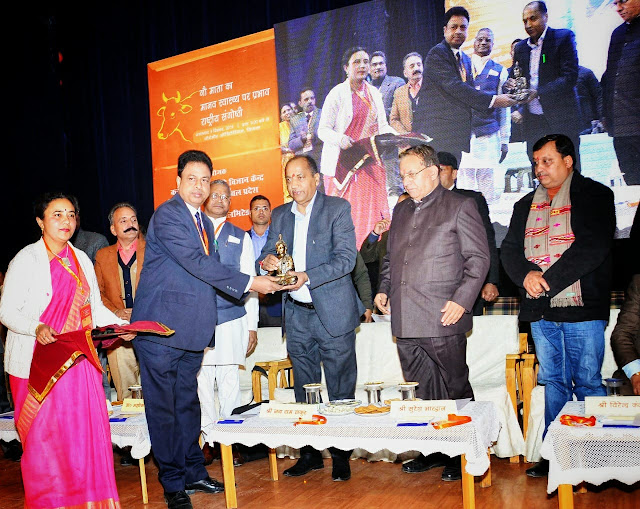 Jai Ram Thakur urged the NGOs and religious associations to come forward to help and preserve indigenous species of cattle. He said that the State Government was establishing a Cow Sanctuary at Kotla Barog in Sirmour district. He said that similar sanctuaries would be opened in other parts of the State to provide proper shelter to stray cattle.

Cow, a Symbol of Motherhood:

Chief Minister said Cow is a universal symbol of motherhood and an ideal animal in Hindu mythology. Cow is considered as adobe of 33 crore Hindu Deities. He said that Cow is treated as the most pious animal. The belief is that one can attain salvation (Moksha) by worshipping the Cow. He said that Lord Krishna and Balram accorded great importance to Cows and spearheaded the “Cow worship and preservation” culture in the society.
Education Minister Suresh Bhardwaj said that Cow is not only a holy animal but also the backbone of rural economy. He said each and everything that cow produced is useful to human beings as well as to nature.

glimpses from the auditorium of Portmore School today.