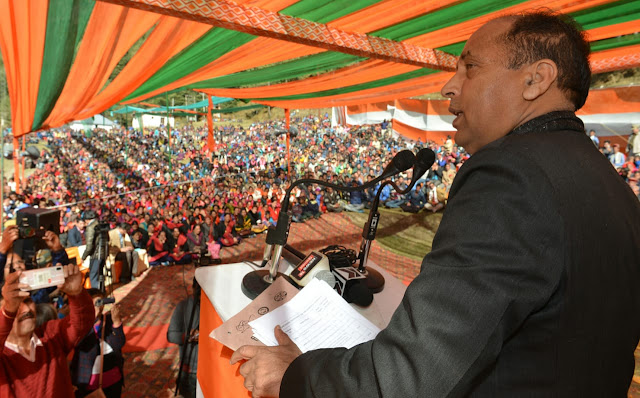 Chief Minister Jai Ram Thakur Ji announced Sub-Tehsil for Bagachanogi in Seraj Vidhan Sabha area of Mandi district on Sunday. He laid foundation stones and inaugurated developmental projects worth about Rs. 13 crores during his one-day visit to this constituency.

Always got support from the people of Bahgachanogi for which I am indebted: 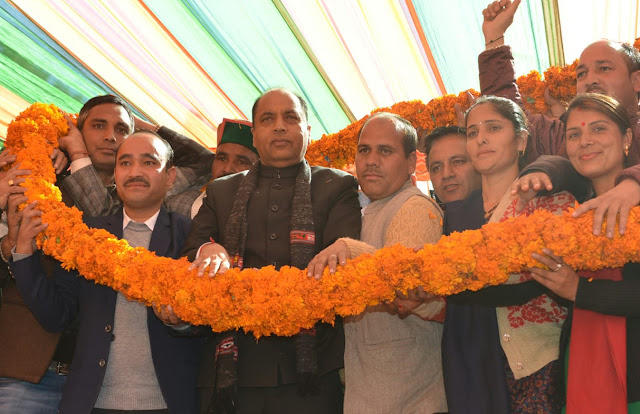 While addressing a public meeting at Bahgachanogi, the Chief Minister said that the people of the area had given him wholehearted support for the last over two decades and he had also strived hard to come up to their expectations. He said that being a remote area of the district, was giving special stress on strengthening road connectivity by taking up several rural road projects. It was due to the faith and benevolence of the people of the area that Seraj today was literally on the ‘Shikhar’. He urged the people to keep this support and momentum going on so that the pace of development goes uninterrupted.

He said that the country was forging ahead on the path of progress and prosperity under the dynamic leadership of Prime Minister Narendra Modi and the State was fortunate that he consider Himachal Pradesh as his second home. The BJP led by Prime Minister Narendra Modi and Party President Amit Shah in the Lok Sabha elections bettered its numbers from 2014 winning 303 seats on its own and NDA getting 353 seats in total with its allies which paved the way for a strong, vibrant and new India. Himachal Pradesh set a record in these elections by wining all the 68 Assembly constituencies and its vote share was highest in the State whereas victory margin of 4.77 lakh votes was highest in the country in Kangra parliament constituency.

Abrogation of Article 370 paved the way for one nation and one Constitution:

The Chief Minister said that the biggest achievement of the Union Government during the first hundred days in office was to scrap the Article 370 from Jammu Kashmir, thereby paving the way for one nation one Constitution.

State Govt. launched multiple schemes for the welfare of the people:

Jai Ram Thakur ji said that Jan Dhan Yojna, Ayushmaan Bharat, Kisan Samman Nidhi Yojna, Ujjawala Yojna etc. were a few central schemes launched by the Prime Minister which were proving a stepping stone for making of a New India. The State Government had also launched Him Care scheme to cover the 22 lakh people not covered under Ayushmaan Bharat and till date, over 45,000 people have been benefitted under it. Similarly, the State Government has launched Grihini Suvidha Yojna to cover all the families not covered under Ujjawala Yojna. He said that the State Government was endeavouring to make Himachal Pradesh a smoke free state of the country at the earliest. The State Government has also launched Sahara Yojna to provide financial assistance of Rs. 2000 per month to the family of those with seriously ill patients. 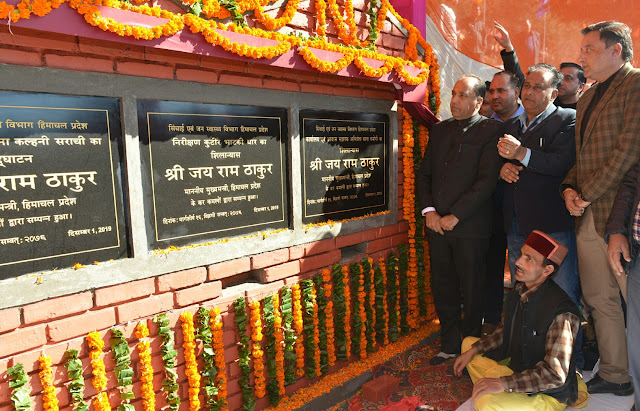 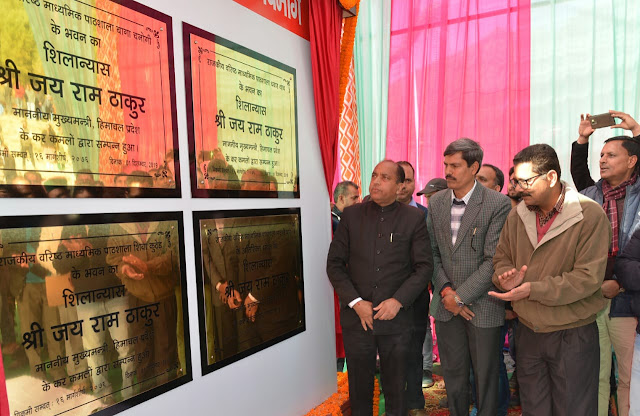 The Chief Minister announced to open health centre at Kanu, upgradation of middle school Kanu to high school and Ayurvedic dispensary at Jashla. He announced that the work on PHC building at Shilli Bagi, Dharwa Thach and Kalni would be started soon. He also announced Rs. 40 lakh for construction of examination hall in GSS Bagachanogi, opening of rest house in the area and construction of PWD rest house at Bagachanogi and inspection hut at Kalani.
BJP Mandal President Bhagirathi Sharma also spoke on the occasion.