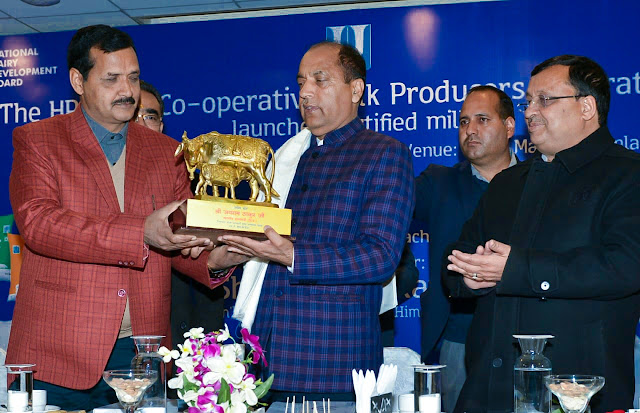 Chief Minister Jai Ram Thakur Ji today launched fortified milk of MILKFED with Vitamin A and D ‘Him Gauri’ in the State in collaboration with TINI-Tata Trusts and National Dairy Development Board.

Speaking on the occasion, Chief Minister said that fortified milk was widely used around the world to help people to get nutrients that may otherwise be lacking in their diets. He said this milk offered several benefits compared with unfortified milk. Fortified milk is cow milk that contains extra vitamins and minerals that are not naturally found in milk in sufficient amounts, he added.

Chief Minister said that it was necessary for good health that we all take a balanced and nutritious diet. He said that most of the edible packaged products available have a detailed chart of nutrition contents, but still a lot more was needed to be done. He said that milk was very nutritious product especially for children and therefore it should contain all required nutritional ingredients. He said that the MILKFED was doing the commendable job by collecting about 1.40 lakh litres daily from the farmers in rural areas of the State. 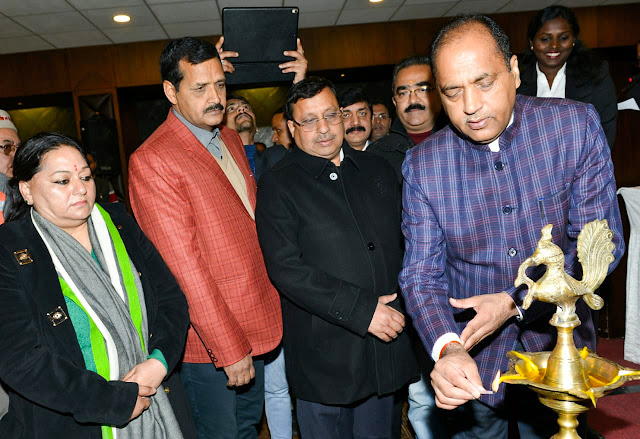 Two new milk plant to be functional in Shimla and Mandi Distt:

Chief Minister said that two new milk processing plants would also start functioning at Duttnagar in Shimla and at Mandi by 2020 under the centrally sponsored project, which will double the potential of the milk plants.

Him Gauri Contains Vitamin A and D 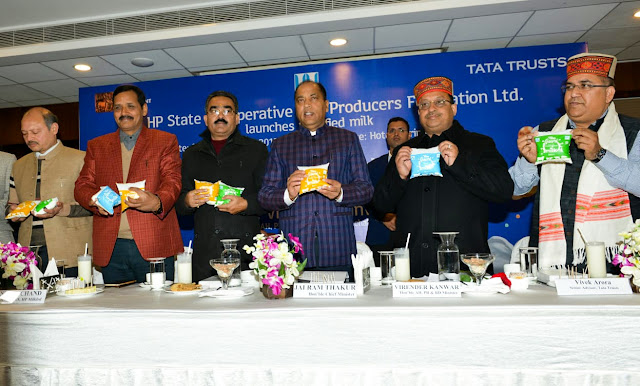 Jai Ram Thakur Ji said in the new ‘Him Gauri’ milk of MILKFED, vitamins A and D were being added as they are heat resistant. These compounds can be added to milk before pasteurization and homogenization, which are heating processes to kill harmful bacteria and improve shelf life.

Rural Development and Panchayati Raj and Animal Husbandry Minister Virender Kanwar said that the initiative launched by MILKFED was commendable and today MILKFED has emerged as a trusted brand for its various products. He said that the milk of Pahari cow was nutritious and now the Government has launched this milk as fortified milk under the name of ‘Him Gauri’. He said that the State Government was also committed to conserve and protect indigenous breed of cattle. He said that Animal Husbandry and Dairy Development was helping the farmers in strengthening their economy.