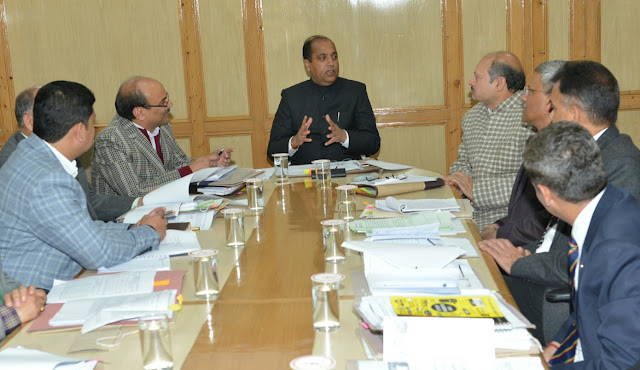 The State Government is committed to maintaining a clean and pristine environment in the State and would ensure that existing and new industrial units coming up in the State fulfill all the norms related to pollution control. This was stated by Chief Minister Jai Ram Thakur while presiding over the meeting of Himachal Pradesh State Environmental Protection and Pollution Control Board,

Chief Minister said that it should be made mandatory for all upcoming industrial units to have pollution treatment plant. He said that the State Pollution Control Board should also ensure that all the existing Common Effluent Treatment Plants should function properly so that the water released downstream does not get polluted.

Waste water from industries in  sirsa river catchment must be expedited :

Jai Ram Thakur said that special thrust should be laid on checking pollution in industrial towns like Baddi, Barotiwala, Nalagarh, Parwanoo and Kala Amb. He said that work on improvement in the functioning of existing Common Effluent Treatment Plant at Baddi, with respect to, connecting the convergence pipes to treat 1.10 MLD wastewater from industries falling in river Sirsa catchment must be completed, at the earliest.Chief Minister said that a proposal for setting up Common Effluent Treatment Plant at Kala Amb area in Sirmaur district, would provide much relief to the people of the area. He said that in addition to this, there was a proposal for setting up of Solid Waste Management facility at Kala Amb.

Air pollution is becoming a concern for Himachal,needs to be Curbed in time:

Chief Minister also directed the concerned authorities for ensuring proper design and laying of sewerage lines besides ensuring their proper maintenance.Additional Chief Secretary Environment, Science and Technology R.D. Dhiman assured the Chief Minister that the State Pollution Control Board would ensure that the pollution-free environment of the State is preserved at all costs. He said that Board would not hesitate to take action against the defaulters.