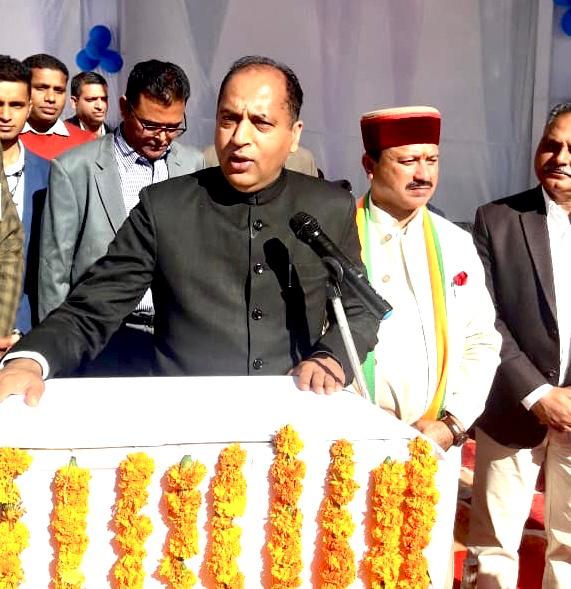 29th October a historic day for Bharmour-Pangi area of Chamba district as Chief Minister Jai Ram Thakur Ji  inaugurated and laid foundation stones of developmental projects worth over Rs. 209 crores in a one day visit to this tribal area of the State.

Earlier, on his arrival at Holi helipad, Chief Minister was accorded rousing reception in traditional attire by the people of the area. 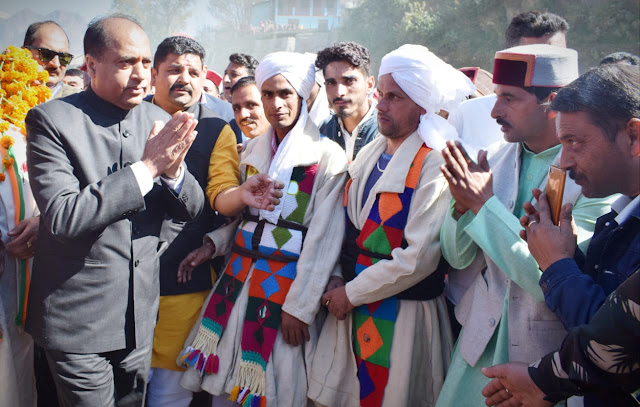 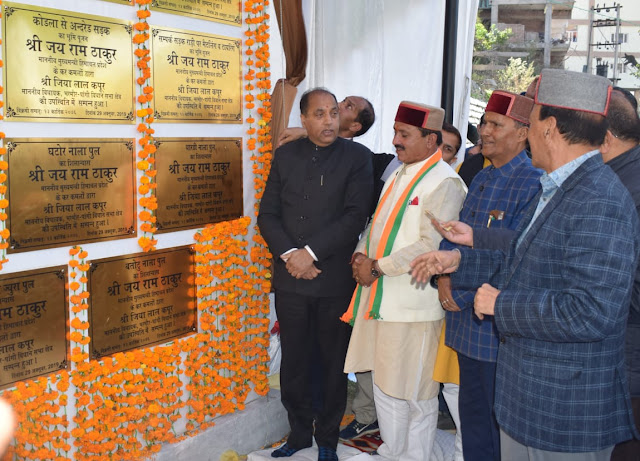 Civil Hospital for Bharmour:
Jai Ram Thakur laid foundation stone of building of Civil Hospital Bharmour to be constructed at a cost of Rs. 19.57 crore.  He also laid foundation stone of ITI building and performed bhumi pujan of Dadima to Chaled road on which Rs. 4.35 crore and Rs. 4.22 crore would be spent respectively.           While addressing a huge gathering at Chaurasi Temple Complex Bharmour, Chief Minister said that the State Government was committed for development of Chamba district. He said that Chamba was once known as backward district of the State but now with the buzz of developmental activities by the present State Government, the district would emerge as a front runner district of the State and will show path to the other districts of the State in the matter of development.

Last polls created History, Highest Vote percentage in the Country
Jai Ram ThakurJi said that people of the State gave unprecedented mandate to the BJP in the general Lok Sabha elections which shows the faith of the people in the policies and programmes initiated by the Central as well as State Governments for the welfare of the people. He said that the vote percentage was highest in the country and the BJP won in all the 68 assembly constituencies of the State. He said that the BJP candidates of Kangra parliamentary constituency also created a history by winning with highest vote percentage in the country.

Dream of 5 trillion economy is not that far:
Chief Minister said that under the dynamic and able leadership of Prime Minister Narendra Modi, India today has emerged as a world power. He said that India was poised to become a five trillion dollar economy in the next few years due to farsighted policies of the Union Government. He said that Union Government has taken several historic decisions which show the strong leadership quality of our Prime Minister.

IPH Divison for Bharmour and Holi:
Jai Ram Thakur Ji  announced opening of IPH Division at Bharmour and IPH Sub Division at Holi, upgradation of Government High Schools Lamu and Bara Gram to government senior secondary schools, opening of PHC at Lech and Primary School in Gram Panchayat Bakan. He also announced plying of Bharmour to Shimla bus via Chandigarh and directed the Deputy Commissioner to explore the possibility of constructing helipad near Manimahesh Lake to facilitate the devotees. He also directed the concerned authorities for providing minibusses for Bharmour.