CM Jai Ram Thakur Ji: till date 570 MoUs worth Rs. 75,776 crore have been signed ahead of investors meet 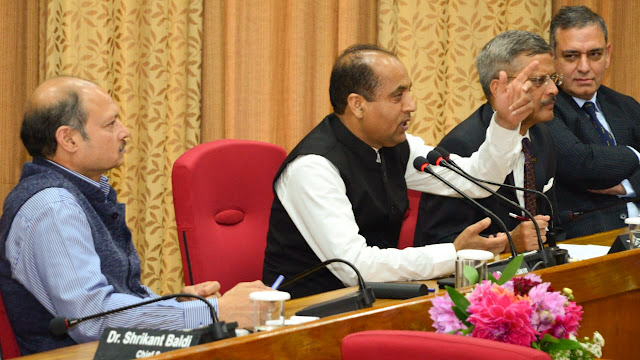 Chief Minister Jai Ram Thakur Ji stressed that now its the time to bring all the hard work on the ground that was done during the last one year. All the departments of the State government, as well as the organizing partners, must work with close coordination and clear perception to make the Global Investor's Meet slated for next month at Dharamshala a big success. This was stated by Chief Minister Jai Ram Thakur here today while presiding over the meeting of the high-power committee for organizing Himachal Pradesh Global Investor's Meet.

Prime Minister Shri Narendra Modi  and Home Minister Amit Shah will grace the occasion:
The Chief Minister said that all the concerned officers must adopt a professional approach so that the event could be a major success not only in terms of the organisation but also is facilitating the investors to invest in Himachal Pradesh. He said that this meet would be a new beginning in the state to open vistas of progress and prosperity for the State and its people.
Jai Ram Thakur said that Prime Minister Narendra Modi, Home Minister Amit Shah and other Central Ministers would grace the mega event. In addition to this, business tycoons and Ambassadors from several countries would also be present during the event.

All the information related to  investors meet uploaded in Him Pragati 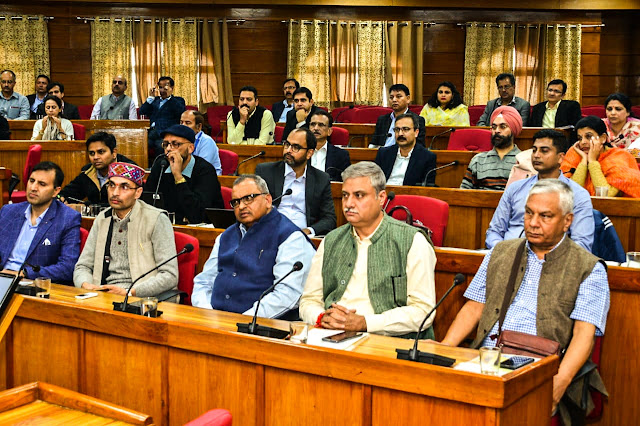 The Chief Minister said that inspired by the Pragati Portal launched by the Prime Minister, the state government has also developed Him Pragati for online monitoring, tracking and speedy facilitation of investors. All the MoUs signed so far have been uploaded on this portal. The state government has adopted a multi-pronged and holistic approach for attracting investment, so as to make Himachal Pradesh an investment hub of the country. He said that till date 570 MoUs worth Rs. 75,776 crore have been signed in different sectors.

Top brass assured that officers would work with utmost dedication to make it a success
Chief Secretary Dr. Shrikant Baldi said that as many as nine committees have been constituted for ensuring the successful organisation of this Meet. He said that a review meeting would also be held at Dharamshala on 16th October, 2019 and spot visit and review of arrangement would be done. He said that full proof arrangements would be made to make the occasion a success.
Principal Secretary to Chief Minister Sanjay Kundu assured that the officers would work with utmost dedication and commitment to make the event a historic one.
Additional Chief Secretary, Industries Manoj Kumar gave a detailed presentation on various arrangements made by the department for making this event. He said that several sectoral committees have be constituted for each and every session of the Global Investor's Meet.
Additional Chief Secretaries, Principal Secretaries, Heads of Departments, Representatives of National Partner-CII, Media Partner-Square Communications, Knowledge Partner-EY and Event Partner-ICE were present on the occasion.