One Nation One Constitution. 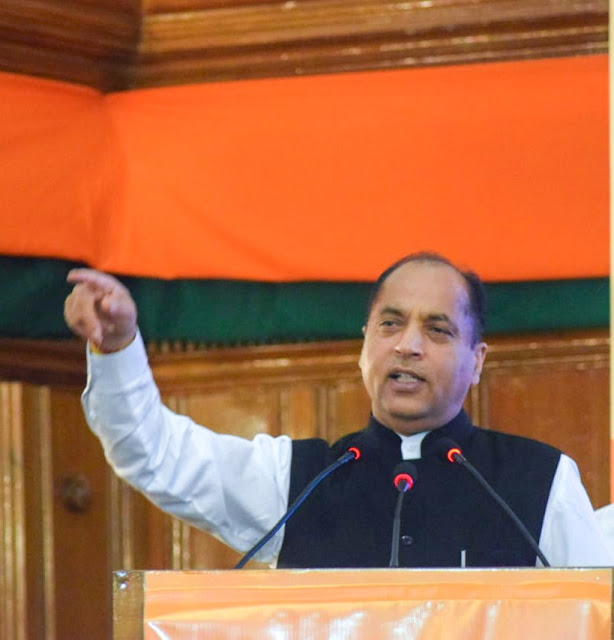 Chief Minister Jai Ram Thakur Ji while addressing the Jan Jagran Sabha on Abrogation of Article 370 from Jammu & Kashmir, here today said that that Article 370 and Article 35A were obstacle in the development of Jammu and Kashmir and its abrogation would ensure a safe and peaceful environment for all residents of Jammu-Kashmir and Ladakh( UT)  besides speedy development there.

Article 370 a Historic blunder Corrected by Modi Govt.
Jai Ram Thakur Ji said that after India attained freedom, the then Prime Minister Jawahar Lal Nehru entrusted the duty to merge 561 princely states out of total 562 princely States to the Union Home Minister Sardar Patel and said that he would himself handle Jammu-Kashmir State. He said that it was unfortunate that all the 561 States became an integral part of India and Jammu-Kashmir was kept as a separate State by granting Article 370. He said that it was after about 70 long years that Article 370 had been scrapped from Jammu- Kashmir, which gave special status to this State, which has ensured One Nation One Constitution in the whole country.

The struggle started long back and Dr.Shyama Prasad Mukherjee was the pioneer of this Movement: 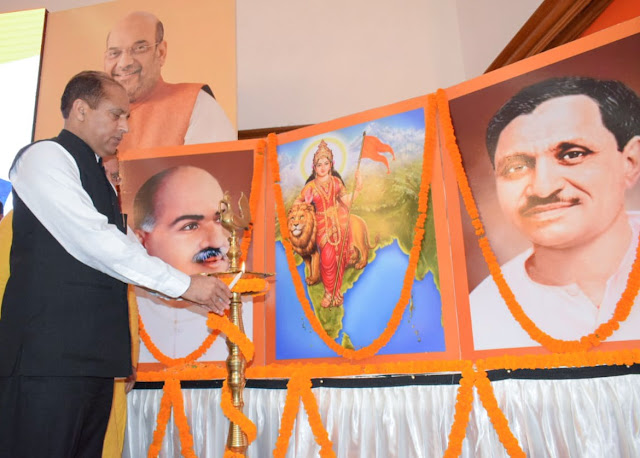 Jai Ram Thakur ji said that Dr. Shyama Prasad Mukherjee who founded the Jan Sangh on 21 October 1951 in collaboration with the Rashtriya Swayamsevak Sangh (RSS) was in favor of having one Constitution, one flag and one Prime Minister for India. He was a true nationalist who not only wanted India to be free of colonial mindset but also did not support Article 370 for Jammu-Kashmir. He said that Dr. Mukerjee believed that Article 370 would become a threat to the unity of India. He expressed happiness that with this historic decision the dream of Dr. Mukherjee was visualized.

Education Minister Suresh Bhardwaj and MP Suresh Kashyap also addressed the gathering:
Speaking on the occasion, Education Minister Suresh Bhardwaj said that this year would be written in golden letters in the annals of Indian history as it was during this year that a historic decision of abrogation of Article 370 was taken by the Union Government headed by Prime Minister Narendra Modi. He said that Article 370 was blunder committed by former Prime Minister Pt. Jawahar Lal Nehru, which was corrected by the present Prime Minister Narendra Modi. He said that Sardar Patel was totally against imposing Article 370 in Jammu-Kashmir as he had framed a uniform ‘Merger Letter’ for all the princely states of the country. He said that the blunder committed by Congress deprived the people of Jammu and Kashmir of their legitimate rights.
Member of Parliament Suresh Kashyap said that the scrapping of Article 370 from Jammu and Kashmir was a historic and bold step of Central Government in itself. He said that with this decision the dream of Late Dr. Shyama Prasad Mukherjee has been realized and India has become one from Jammu-Kashmir to Kanyakumari. He said that now the people of Jammu-Kashmir would be able to derive benefits of several schemes launched by the Union Government. He said that he was fortunate to be the witness of this historic decision as a member of the Lok Sabha.
Former Member of Parliament and Organizer of the Rashtriya Ekta Abhiyan Virender Kashyap while welcoming the Chief Minister and other dignitaries present on the occasion said that the main objective of organising this event was to sensitise the people regarding this historic decision of abrogation of Article 370 and 35 A from Jammu and Kashmir, thereby correcting the historic blunder. He said that even Dr. Bhim Rao Ambedkar was against the Article 370 as he felt that this would discriminate the people of Jammu and Kashmir from the rest of the people of the country. He said that this decision was for the benefit of the common man of the Jammu- Kashmir.
Former Member of Parliament Bimla Kashyap Sood, General Secretary State BJP Chandermohan Thakur, Mayor Kusum Sadret, Chairperson Saksham Gudiya Board Rupa Sharma, General Secretary Child Welfare Council Payal Vaidya, Chairman HIMFED Ganesh Dutt, and Political Advisor to the Chief Minister Trilok Jamwal were present on the occasion among others.