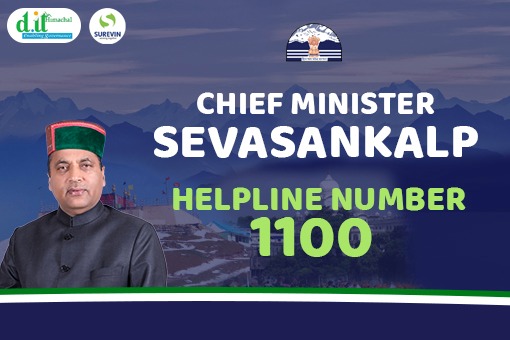 Chief Minister of Himachal Pradesh Jairam Thakur Ji launched the Mukhyamantri Seva Sankalp Helpline on 16th September. 2019. The objective of this helpline is to provide timely and instant help to the citizens of the state even living in interior regions. CM Jairam Thakur ji categorically mentioned at the time of launching that, all citizens of the state will be able to resolve their complaints and problems by calling this helpline and any kind of delay in providing the resolution will be taken up seriously.
The state government has issued a toll-free number 1100 for this helpline. Any person sitting in any part of the state can now just call and file a complaint not only that once the complaint is closed He/she will get a feedback call where people would be interviewed if their complaint was resolved to there satisfaction only then the complaint will be closed. Chief Minister Jai Ram Thakur Ji and his cabinet have also taken a keen interest in this helpline. They will interact with people just to know if their complaints were resolved to there satisfaction which will also help in continuous monitoring of this facility.

.How CM SevaSankalp is operating:
The progress of complaints received through the helpline will be monitored. Complaints can be registered on the helpline from 7 am to 10 pm.
• This will also ensure transparency in the work of the state government. The registered call will automatically transfer to the concerned department for redress.
• All the officers have to resolve the complaint within seven days to 14 days. If the deadline is exceeded or the complainant is not satisfied then the problem will be sent to the next level.
• About 6500 officers of 56 departments have been added to this software. A call center has also been established at Shimla to take the calls and queries. 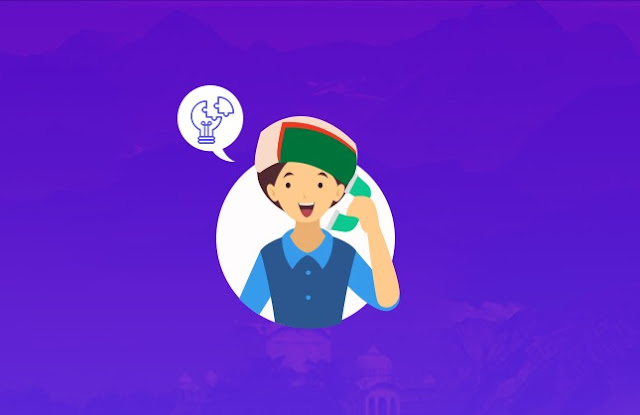 Till date, 7621 complaints were received out of that 1512 stands resolved to complainant satisfaction rest of the complains have been already forwarded to the respective Departments for the early closure. one more thing that is worth mentioning is  that this helpline is not just for complaints people can also submit their valuable suggestions and feedback, the helpline has  a dedicated team who would  look into those suggestions, collate them take it up with the relevant Departments   Helpline has already started receiving a lot of suggestions which are being treated sympathetically. in nutshell  people have  shown enormous amount of enthusiasm towards this facility and  helpline  employees are closely working with Govt. Authorities for early closure of the  complaints.