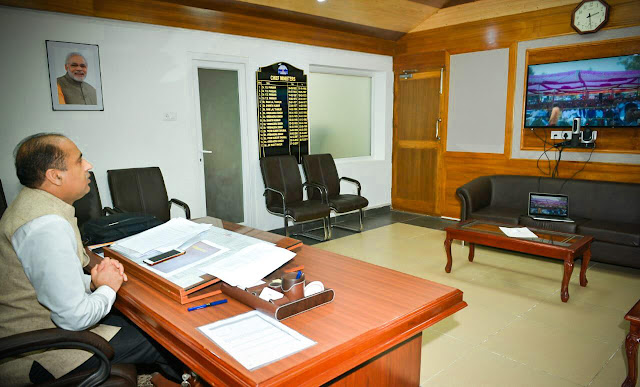 Chief Minister Jai Ram Thakur Ji today announced Developmental works worth Rs. 70.85 crore to the people of Bhatiyat assembly constituency in Chamba district by performing bhumi pujans of various projects to people through video conferencing from Shimla as he could not attend the function slated to be held at Chowari due to weather conditions.

Government is focused towards the development of every region of the state:.
While addressing the public meeting through video conferencing, Chief Minister said that priority of the Government was to ensure equitable and balanced development of the State with special focus on those areas which had remained neglected so far due to one reason or others. He said that the government was giving special impetus for the development of Bhatiyat assembly constituency.
Jai Ram Thakur thanked the people of Bhatiyat assembly constituency for giving massive lead to BJP candidate in parliamentary elections. He said that Bikram Singh Jaryal always raises the problems and various developmental demands of the area with him, which showed his concern for welfare of the people of his Assembly constituency.
The Chief Minister said that the main focus of the State Government from the day one of assuming office was to ensure that the issues, problems, and grievances of the general public were redressed at the earliest and in a time bound manner. 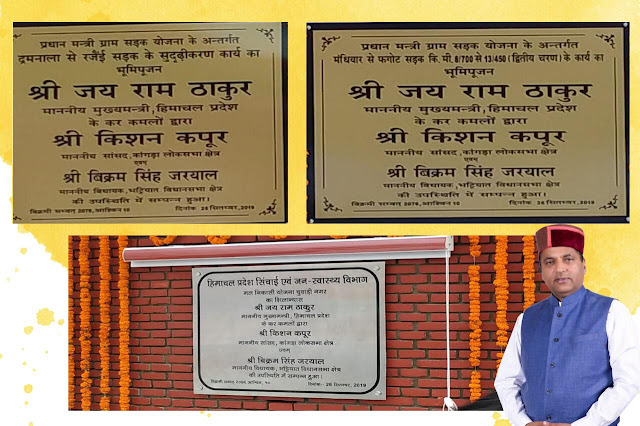