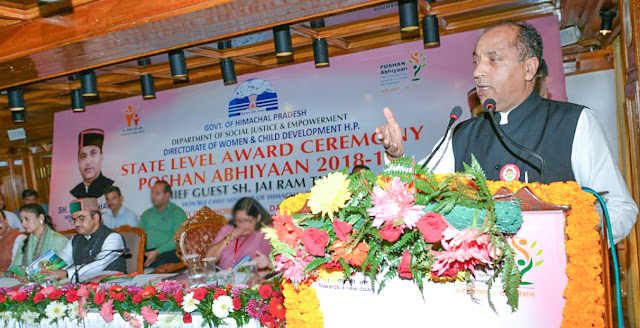 Chief Minister Jai Ram Thakur Ji presided over the felicitation and award function under "Beti Bachao, Beti Padhao" campaign and POSHAN Abhiyan organized by the Directorate of Women and Child Development, Department of Social Justice and Empowerment here today. Chief Minister Jai Ram Thakur said that India is moving forward in the 21st Century, but a large population of the country was still devoid of a proper nutritional diet and suffering from Malnutrition.
The Chief Minister said that Himachal Pradesh had made commendable progress in ensuring proper diet and nutrition to the infants, lactating and expectant mothers. The credit for this goes to the effective functioning of Women and Child Welfare Directorate, Panchayati Raj Institutions, and other organizations at the grass-root level 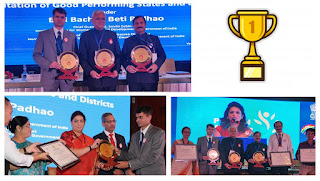 Jai Ram Thakur Ji said that the POSHAN campaign was launched by Prime Minister Narendra Modi from Jhunjhunu in Rajasthan during March last year. The government is committed to ensure a healthy nation by providing a nutritious diet to the infants. He said that Shimla, Una, Kangra and Kullu districts of Himachal Pradesh have won national-level awards ineffective implementation of ‘Beti Bachao, Beti Padao’ campaign for the year 2018-19 and were rewarded by union Minister Smriti Irani

Specially abled children were rewarded for there performance : 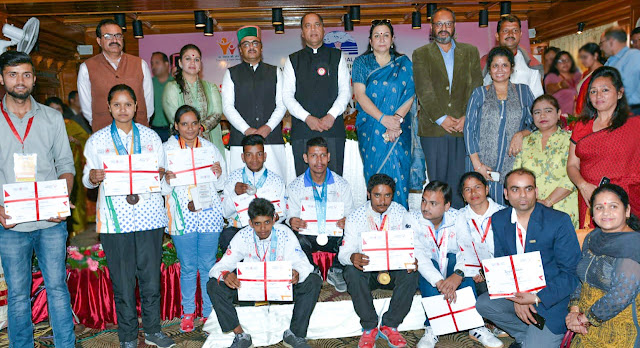 Social Justice and Empowerment Minister Dr. Rajiv Saizal said that the State Government under the dynamic leadership of Chief Minister Jai Ram Thakur was committed for the welfare of weaker sections of the society. He said that the State Government during the last over one and half years had launched several innovative welfare schemes for the socio-economic upliftment of vulnerable sections of the society.
Additional Chief Secretary, Social Justice, and Empowerment Nisha Singh said that three districts of the State including Shimla, Sirmour and Mandi had been awarded with National awards for commendable works under "Beti Padhao, Beti Bachao" and "Poshan" programmes. She said that seven students of the State have won medals during the Special Olympics World Summer Games held at Abu Dhabi from 14 to 21 March this year. She also made a power point presentation on various activities of the department.