Himachal Govt. signs 25 MoUs worth Rs. 5000 crore during a roadshow at Chandigarh 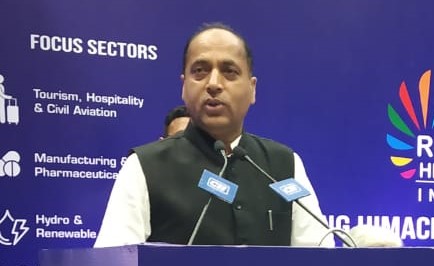 Chief Minister Jai Ram Thakur Ji said that the state government is committed to make Himachal Pradesh an “Industrial Hub” of the country for which it was providing several incentives to the potential entrepreneurs. He was addressing the Domestic Roadshow under the Rising Himachal Global Investor's Meet organized by the Himachal government in association with the CII, Himachal at Chandigarh on Tuesday.


Till date MoU worth of 35 231 crores has been signed:
As many as 25 (MoUs) worth Rs. 5000 crore were signed with various industrial houses in presence of the Chief Minister during the roadshow. As of now, 296 MoUs worth Rs. 35,231 crore have been signed by the state government before the global investor's meet scheduled in November, this year.
The Chief Minister said that the state government conducted three international roadshows in Germany, Netherlands and UAE besides five national roadshows wherein positive response was received from the business community. The state received a good response in the sectors like manufacturing, food processing, pharmaceutical, and tourism. In the Netherlands, the majority of the investors were interested in food processing, dairy, MSME, research, tourism and wellness and in Dubai, companies showed interest in manufacturing, sports, food processing, logistics, urban development, and tourism.


Per capita income  of state registered a growth of 10 %:
Jai Ram Thakur Ji said that the State is ranked 1st amongst Indian states in sustainable development goals implementation. The per capita income of the State has registered growth rate of 10 percent from the financial year 2018 to the financial year 2019 while the national growth rate was 6 percent. The State has a high worker-participation rate and distinguishes itself on having one of the lowest losses in terms of man-days attributed to labor problems in the country. The State also has a vibrant talent pool and educational ecosystem with premier institutes of national repute and a host of universities, engineering, management and medical colleges in the State, he added. 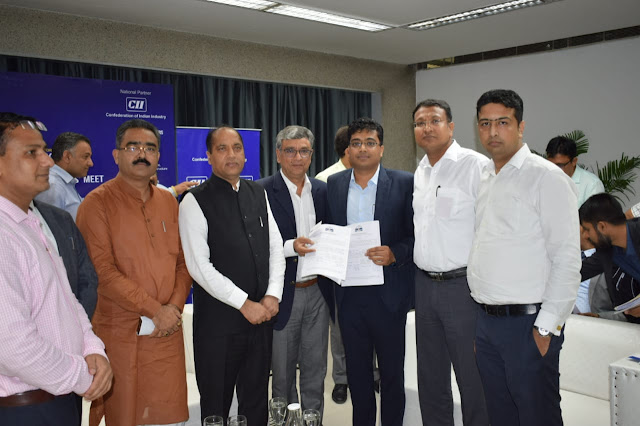 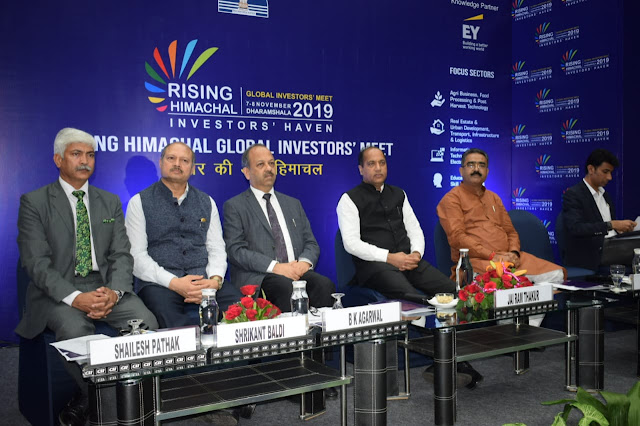 Chief Secretary B.K Agarwal said that Himachal Pradesh was poised to emerge as a favored investment destination of the country which had a responsive administration, transparent and prompt approval mechanism to industrial proposals and above all a trained manpower with peaceful environment. He said that the State Government has simplified the policies to ensure speedy approval of investment proposals.
Additional Chief Secretary Dr Shrikant Baldi while presenting vote of the thanks said that the State government would definitely achieve the target of making Himachal Pradesh as the most favoured investment destination of India.
Chairman, CII Northern Region and Chairman and Managing Director Jackson Engineering Ltd. welcomed the Chief Minister and other dignitaries present on the occasion.